The opening of the summer transfer window is fast approaching so we’ll bring you all the latest transfer rumours and gossip from around the globe. Today, Manchester United are linked with a sensational move for Neymar…. 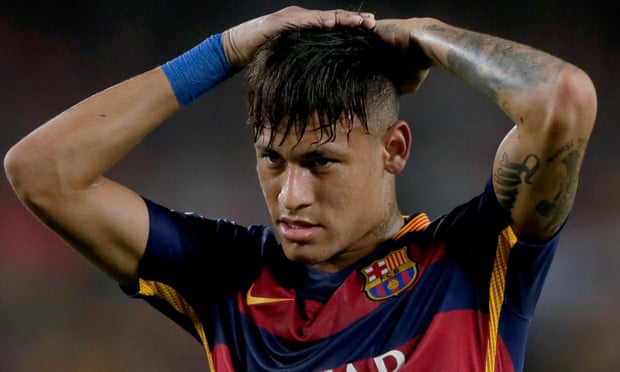 Manchester United are one of three clubs who are willing to pay a world record £157m to buy Neymar out of his Barcelona contract this summer, according to the Manchester Evening News.

Neymar began his career at Brazilian outfit Santos before joining Barcelona in 2013 and he’s gone on to become one of the best footballers on the planet during his three years at the Nou Camp.

The Brazilian international has formed a devastating attack alongside Lionel Messi and Luis Suarez with Neymar chipping in with 31 goals and 27 assists during his 49 appearances last season to help the club win another league and cup double.

However, the 24-year-old’s future has been a constant subject for discussion in recent transfer windows and the rumours have resurfaced once again this summer as Neymar has just two years left on his contract and talks over a new deal have stalled.

Speculation that the South American could be on the move has intensified after his agent, Wagner Ribeiro, revealed that three clubs are willing to smash the world transfer record and pay his €200m (£157m) buyout clause.

Ribeiro refused to name the interested parties but the Manchester Evening News claim that Man Utd, Real Madrid and Paris Saint-Germain are understood to be the clubs in question.

However, while meeting his clause would allow United to hold talks with Neymar about a potential move to Old Trafford, it looks like the Red Devils would have their work cut out persuading him to agree a move as his agent says he’s happy at Barcelona.

Ribeiro is quoted by the MEN as saying:

“There are three big clubs in the world that want to sign Neymar and pay a clause of €200m to Barcelona.

“I cannot say more than this because it is sensitive. I can only guarantee that Neymar is happy at Barcelona.”

Jose Mourinho was installed as the new United manager last month and the Portuguese coach is expected to be busy in the market rebuilding the squad he’s inherited from Louis van Gaal as he looks to build a team capable of challenging for the title.

Obviously it would be a sensational piece of business if the Red Devils were able to somehow lure Neymar away from the Nou Camp but I don’t think we’ll see the striker leaving Spain any time soon.

The Brazilian is playing alongside two of the best forwards in the world and seems extremely happy at Barcelona, so I wouldn’t be surprised if his agent is just using United’s reported interest to leverage a better deal out of the Catalans.