The agent of Paul Pogba has named Chelsea, Liverpool and Manchester United among the clubs he meets regularly to discuss the future of the French super-star

The opening of the summer transfer window is fast approaching so we’ll bring you all the latest transfer rumours and gossip from around the globe. Today, three top English clubs are linked with Paul Pogba….

The agent of Paul Pogba has named Chelsea, Liverpool and Manchester United among the clubs he meets with regularly to discuss the future of the French international super-star, according to the Manchester Evening News.

Pogba was once on the books at United as a teenager but joined Juventus on a free transfer in 2012 after refusing to sign a new contract at Old Trafford following a bust-up with Sir Alex Ferguson over his lack of progress at the club.

The 23-year-old has developed in to one of the best all-round midfielders in world football during his four year spell in Turin and has helped Juve win a host of trophies including four consecutive Serie A titles.

However, Pogba has constantly been linked with a move away from Italy and now his agent, Mino Raiola, has claimed that he regularly holds talks with some of Europe’s top clubs about a possible deal for the French midfielder.

Premier League heavy-weights Chelsea, Liverpool and United  are all named among the clubs Raiola claims to hold talks with but the super-agent appears to suggest his client is edging closer to joining Real Madrid.

Raiola is quoted as telling Marca via the MEN:

“It is not a secret. Every year I meet with Madrid, but also with United, Barcelona, City, Liverpool, Chelsea.

“That is my job. In the last two years my relationship with Real Madrid is clear and professional. Now there is serious dialogue, it’s positive.

“There are other important clubs like United, that was part of (Pogba’s) life, Barcelona likes three attackers, PSG is Paris and he has a house there. But then there is Real Madrid.”

Any potential deal for Pogba could break the world transfer record with Juventus believed to value the midfielder anywhere between £60m to £100m depending on which publication you read.

There aren’t many clubs on the planet that could afford £100m, which is why it’s strange to see Raiola naming Liverpool as one of the interested parties as the Merseysiders wouldn’t be able to compete with the financial fire-power of Madrid or United.

Chelsea would have the funds if they really wanted to and I’m sure incoming boss Antonio Conte would love to be reunited with Pogba having worked with him during his time at Juventus. 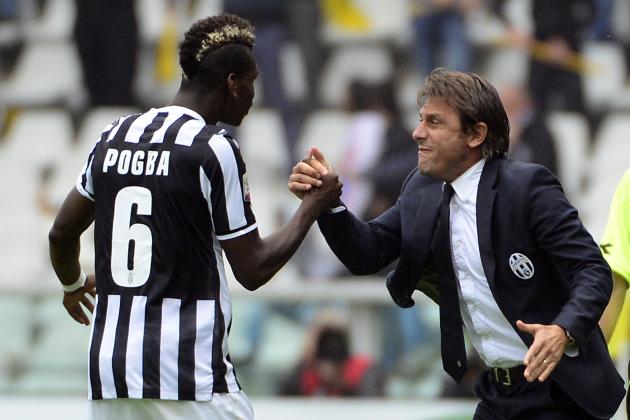 While it remains to be seen whether Pogba would be prepared to go back to Old Trafford, I personally think the most likely destination for the player if he chose to return to England would be United as they certainly have the money needed to sign the French international.

However, it seems as though his agent is pushing for a move to the Bernabeu so Madrid look to be in pole position to sign Pogba if he does end up leaving Juve this summer, which would be a shame as I’d love to see him plying his trade here in the Premier League.