The opening of the summer transfer window is now open so we’ll bring you all the latest transfer rumours and gossip from around the globe. Today, Spurs are linked with two Dutch internationals…. 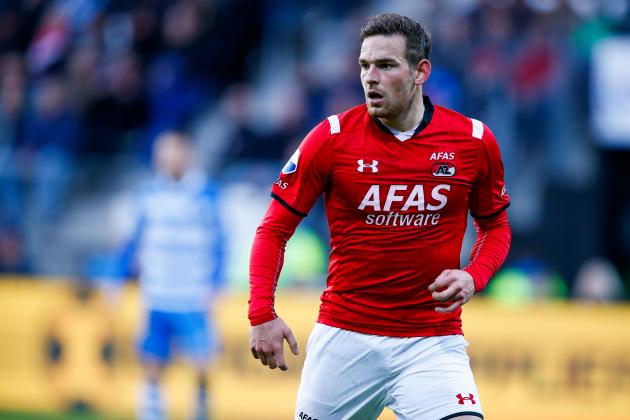 Tottenham Hotspur are hoping to wrap-up a £17m deal for striker Vincent Janssen this week before making a potential move for Newcastle United midfielder Georginio Wijnaldum, according to the Telegraph.

Spurs have been strongly linked with a move for Janssen in recent weeks as Mauricio Pochettino tries to strengthen his striking options ahead of their assault on the Champions League next season.

The 22-year-old has emerged as one of the hottest properties in Dutch football after scoring 32 goals in all competitions for AZ Alkmaar last season while he’s also broken in to the Dutch national team, scoring 3 goals in his 5 caps so far.

The Telegraph claim that after seeing two offers rejected by AZ, Spurs are now ready to meet their £17m asking price with Pochettino hoping to have the deal tied-up before the end of this week.

Janssen is an out-and-out goalscorer so he’ll offer competition to Harry Kane up front while Pochettino will also have the option to play with two up front if he wants to switch up his formation at any point.

Once Spurs get the Janssen deal over the line, the newspaper suggests they’ll then turn their attention to bringing in a new attacking midfielder with Newcastle’s Georginio Wijnaldum among Pochettino’s targets.

The 25-year-old only moved to St James’ Park from PSV last summer in a £14.5m deal but he’s expected to be one of several international’s who leave the Mapgies following their relegation to the Championship.

It looks like Tottenham could offer him an immediate return to the top flight and Wijnaldum has already admitted he would like to move to a Premier League club this summer. He’s quoted as saying by the Telegraph:

“Of course I want to play at as high level as possible, in the Premier League, with a beautiful club – but not everything always goes the way you want. I will see what happens.”

Wijnaldum should have no trouble finding a new Premier League club as he was one of the rare positives for Newcastle last season having scored 11 goals and provided 5 assists in his 40 appearances.

We’ll have to wait and see what happens but I think Spurs fans should be very pleased if the club manage to get deals agreed to sign Janssen and Wijnaldum this summer as both are fine players who will further strengthen their already impressive young squad.

In order to make room for the Dutch duo, the Telegraph claim that Pochettino is prepared to sell Ryan Mason and will listen to offers for Nacer Chadli or Son Hueng-Min.