The agent of a Brazilian international claims that Arsenal, Chelsea and Manchester United have all made contact to discuss a potential deal this summer.

The opening of the summer transfer window is now open so we’ll bring you all the latest transfer rumours and gossip from around the globe. Today, Marquinhos is linked with a move to the Premier League…

The agent of Brazilian defender Marquinhos claims Arsenal, Chelsea and Manchester United have all expressed their interest in signing the unsettled Paris Saint-Germain star this summer, according to the Express.

Marquinhos joined PSG from Roma in 2013 but after an encouraging start to life in France he fell out-of-favour under Laurent Blanc after David Luiz was brought in to partner Thiago Silva in the middle of defence.

Those two have continued to be the starting central defensive partnership and the majority of Marquinhos’ 29 appearances last season came at right-back while he was left out for many of the key fixtures.

With the Brazilian international looking unlikely to start in his preferred centre-back position, Marquinhos has been linked with a move this summer and it seems relations between the player and PSG are at breaking point.

The defender recently admitted he wants to represent Brazil at the Rio Olympics this summer:

“I’ve been working for 12 years to experience such a challenge – I want to participate in the adventure and be with my teammates,” Marquinhos is quoted as saying by the Express.

“So I can tell you that, yes, I want to be there for myself, for my family, for my friends.”

However, new boss Unai Emery has suggested that he would be better off missing the Olympics and it seems this hasn’t gone down well in the defenders camp as Marquinhos’ agent and brother, Luan, has now hit out at PSG and warned the player could force a move this summer.

“Marquinhos has always been exemplary with the club – he’s never complained,” Luan is quoted as saying by the Express

“He has however often been a spectator during big matches… we were clear Marquinhos is going to play at the Olympics.”

“Until now, we’ve been cooperative. But it can no longer continue like that otherwise we’re going to enter into a conflict. Our patience has limits.”

“We like the club, the supporters, but they also have to show us a minimum of respect or else he’s going to have to leave PSG.”

The Express, who cite L’Equipe as their source, claim that the agent went on to reveal that Arsenal, Chelsea and Manchester United have all been in touch to express their interest in Marquinhos and discuss a potential move this summer. 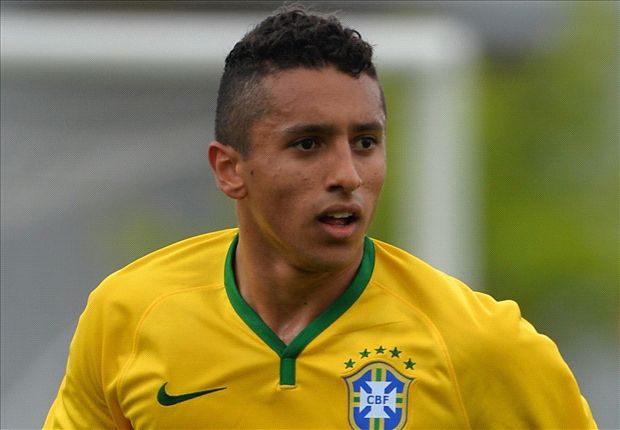 Arsenal could certainly do with a top class partner to play alongside Laurent Koscielny while Antonio Conte needs to bring in another central defender to fit in to his new 3-5-2 formation at Stamford Bridge next season.

Jose Mourinho has already splashed out on Eric Bailly but there are doubts over whether he’s ready to play a key role just yet so Jose Mourinho could view Marquinhos as the perfect partner for Chris Smalling in his new-look side.

We’ll have to wait and see how things progress but it seems the Marqinhos will have plenty of offers to start a new life in the Premier League if he does decide it’s time for a fresh start and I think the Brazilian would be a superb signing for any of the three clubs linked.