The opening of the summer transfer window is now open so we’ll bring you all the latest transfer rumours and gossip from around the globe. Today, Man Utd close-in on Paul Pogba…

Manchester United are working on the paperwork over a record £106m deal to sign Paul Pogba after the midfielder told Juventus he wanted to return to Old Trafford, according to Richard Keys.

Jose Mourinho has seemingly earmarked Pogba as his marquee signing this summer as the Portuguese coach looks to bring in a powerful box-to-box midfielder to anchor his new-look team next season.

Speculation has been on-going for weeks but things have really started to move in recent days with the Express citing reports coming from L’Equipe claiming that Pogba has now informed Juventus in no uncertain terms that he wants to join United this summer.

The newspaper says that executive vice chairman Ed Woodward has been in negotiations with a world record fee in excess of £100m being discussed while United have drawn-up a lucrative five-year deal for the midfielder worth around £250,000-a-week.

It looks like a move is now close as Richard Keys – who now works for beIN Sports – has taken to Twitter to claim that United are finalising the paperwork over a staggering deal worth £106m (€125m) while they are also due to pay agents fees totalling £17m (€20m).

Pogba deal is going to cost Utd 125m Euro's + wages. Agents fees 20m. Paperwork is being done in London. Move fast Madrid if you want him.

We’ll have to wait and see how things develop over the coming days but no official confirmation over any deal will take place until after the weekend as Pogba is due to start in the Euro 2016 final where France will take on Portugal on Sunday. 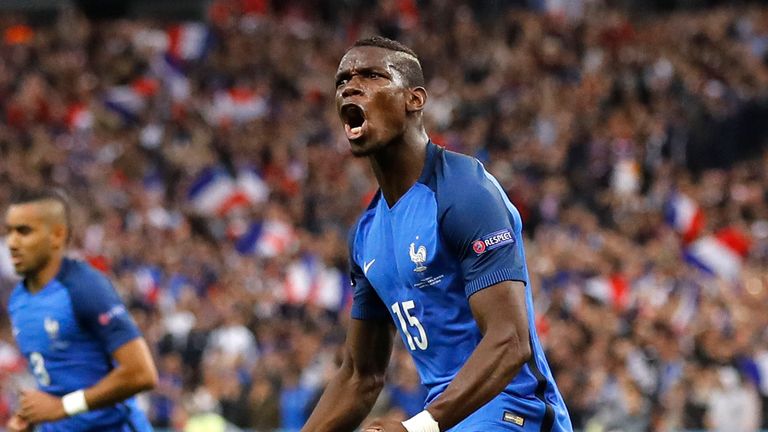 However, it would be a huge statement of intent from United if they do end up breaking the world record to re-sign the 23-year-old just four years after he left the club for practically nothing having refused to sign a new contract following a bust-up with Sir Alex Ferguson.

Pogba has developed in to one of the best all-round midfielders in the world during his time in Italy so he’d be a sensational signing for United and he’d become Mourinho’s fourth major signing following the arrivals of Eric Bailly, Zlatan Ibrahimovic and Henrikh Mkhitaryan.