The summer transfer window is now open so we’ll bring you all the latest transfer rumours and gossip from around the globe. Today, Arsenal have launched a bid to sign Arda Turan… 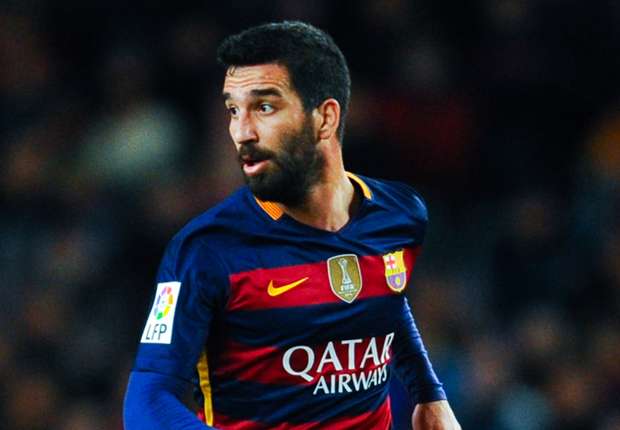 Arsenal have launched a bid to try and sign Barcelona attacker Arda Turan but will face competition from Borussia Dortmund and Galatasaray, according to the Express.

Turan made his name at Galatasaray after coming through their youth ranks before joining Atletico Madrid in 2011 where he went on to become one of the most sought-after attackers in European football.

The Turkish international earned a dream £34m move to Barcelona last summer but his time at the Nou Camp hasn’t gone according to plan as he has failed to force his way in to Luis Enrique’s starting eleven on a consistent basis.

Turan had to wait until January to make his debut for the Catalans due to their FIFA-imposed transfer ban but the attacker only managed to make nine starts during the second half of the season and struggled to make an impression.

It’s led to speculation that the 29-year-old is going to be on the move again this summer and the Express are citing reports coming out of Spain that claim Arsenal have now tabled a formal offer for his services.

The newspaper doesn’t give any indication as to what our bid was worth but they suggest that it is likely to be in excess of the £17.1m Galatasaray have offered while we could also face more competition from German giants Borussia Dortmund.

The Express also claim that Barca are willing to cut their losses and cash-in on Turan and I think a deal in the region of £20m for a player of his ability sounds like an excellent piece of business in today’s market.

Obviously he hasn’t had the chance to really establish himself at the Nou Camp but if we could get him playing like he did during his time at Atletico, then he’d be a superb addition to the squad.

Turan is predominantly played as a right winger during his career but he’s also capable of playing on the left or through the middle as an attacking midfielder so he’d give Wenger plenty of options in the final third.

If we do end up signing the Turkish star then it could spell the end for either Theo Walcott or Alex Oxlade-Chamberlain with both players linked with a move away from the club this summer following disappointing campaigns last season.