The summer transfer window is now open for business so we’ll bring you all the latest transfer rumours and gossip from around the globe. Today, Man Utd are linked with Renato Sanches…. 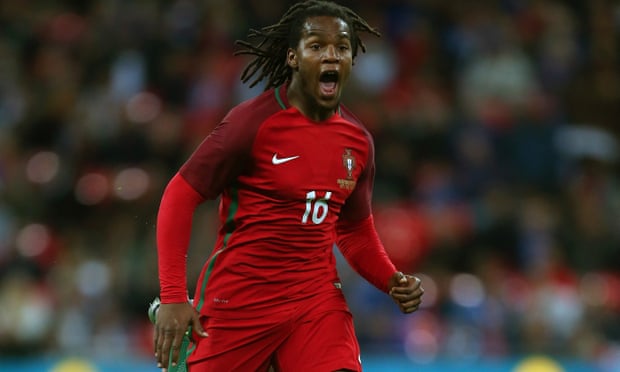 Manchester United manager Jose Mourinho has already made contact with Bayern Munich to enquire over how much Renato Sanches’ release clause is worth after being frustrated at missing out on the midfielder this summer, according tot he Daily Star.

Sanches emerged as one of the hottest properties in European football after breaking in to the Benfica first team earlier last season having come through their youth ranks after joining the club in 2006.

The 18-year-old’s potential caught the eye of United scouts but the Daily Star claim that then manager Louis van Gaal wasn’t convinced by the youngster and was reluctant to sanction a formal move.

van Gaal’s future at Old Trafford was uncertain during the closing stages of the season but United waited until the end of the campaign to sack the Dutchman and Mourinho was soon drafted in as his replacement.

However, the delay in sacking van Gaal proved costly as by the time he was gone Bayern Munich had already swept in to clinch Sanches’ signature with the youngster moving to the Allianz Arena for an initial £29.4m – although the fee could rise to £37.8m with additional add ons, according to the newspaper.

It seems van Gaal’s refusal to pursue Sanches has frustrated his replacement as the Daily Star claim that Mourinho is a huge fan of the teenager and is desperate to lure him to Old Trafford.

The paper says that Mourinho was so impressed by Sanches’s performances for Portugal at Euro 2016 that he’s approached Bayern to ask how much his release clause is – despite the player only moving to Germany two months ago.

United chiefs have already proven they are willing to use their financial muscle to land Mourinho’s targets having splashed out on Eric Bailly, Henrikh Mkhitaryan and Zlatan Ibrahimovic while a big-money deal for Paul Pogba is also reportedly in the pipe-line.

However, I don’t think even United could lure Sanches away from Bayern this summer as the German giants don’t need their money and it would be almost unthinkable that they’d cash-in on Sanches without the midfielder even playing a single game for them.

I’m sure Mourinho will continue to monitor his compatriot’s progress in the Bundesliga and he may decided to renew his interest in the future, but I would be gobsmacked if anything was to happen this summer.