The agent of an international defender has confirmed the player wants to find a new club and revealed Chelsea are interested in a potential £37.7m deal.

The summer transfer window is now open for business so we’ll bring you all the latest transfer rumours and gossip from around the globe. Today, more on Chelsea’s pursuit of Kalidou Koulibaly… 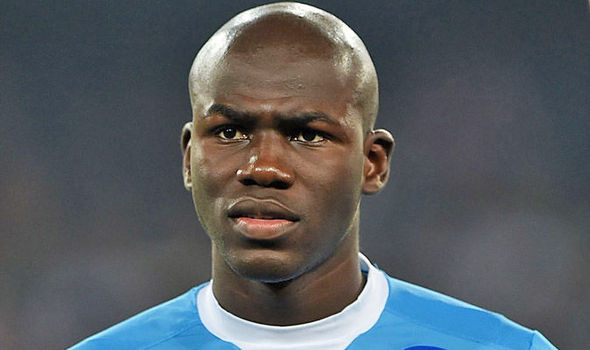 The agent of Kalidou Koulibaly has confirmed the centre-back has snubbed a new deal with Napoli and wants to leave this summer with Chelsea among the clubs interested in securing a potential £37.7 deal, according to the Mirror.

Koulibaly has developed in to one of the best central defenders in Italian football since joining Napoli two years ago with his rock solid performances at the back helping the club secure a second-placed finish behind Juventus last season.

The Senegal international’s future has been the subject of much speculation in recent months with the defender linked with a move away from Naples after negotiations over a new deal stalled.

Koulibaly’s agent, Bruno Satin, has now been quoted by the Mirror as saying that Chelsea are among the clubs showing a keen interest in signing the 25-year-old this summer and he’s ruled out the defender joining Serie A champions Juventus.

In a further boost to Chelsea, Satin also revealed that they’re no closer to reaching an agreement over a new deal and Koulibaly has decided it’s time to leave the club in search of a new challenge.

“I was in Dimaro on Saturday and we discussed a contract renewal. However, we are not at the point of reaching an agreement. The desire of the player is to leave the club, not renew.”

“Last year they wanted to sell him, stating he was not focused enough, but then last season he has shown all his quality,”

“To the fans I say stay calm because he won’t be joining Juventus. Chelsea and Everton are still interested as they are both searching for a central defender of his quality.” Satin is quoted as saying by the Mirror

Antonio Conte has already strengthened his midfield and attack with the signings of N’Golo Kante and Michy Batshuayi but the Italian coach is also on the look out for a top class central defender as he continues to revamp his newly-inherited squad this summer.

It appears Koulibaly is firmly on the former Juventus managers radar and the Mirror claim that Napoli would be willing to do business for around £37.7m – which would represent a decent deal in today’s climate for a player of his potential.

We’ll have to wait and see whether Chelsea will be prepared to pay that sort of money but Koulibaly’s agent has certainly made their position clear so a move to Stamford Bridge could be on the cards over the coming weeks.