The summer transfer window is in full swing so we’ll bring you all the latest transfer rumours and gossip from around the globe. Today, Liverpool have tabled an offer for Mattia de Sciglio…. 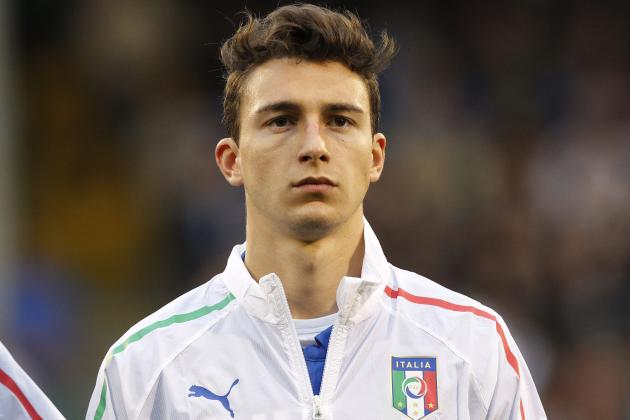 Liverpool have tested AC Milan’s resolve with a £16m bid for full-back Mattia de Sciglio as Jurgen Klopp looks to strengthen his opens at the back, according to the Independent.

However, fans are calling for the Reds boss to bring in another left-back following Brad Smith’s departure as Alberto Moreno is the clubs only senior left-sided defender and the Spaniard has been widely criticised for his defensive capabilities since joining from Sevilla two years ago.

It looks like Klopp could be ready to grant the supporters their wish as the Independent are citing a report coming from La Gazzetta dello Sport that claim Liverpool have tabled an opening £16m offer for AC Milan defender De Sciglio.

However, the Merseysiders could face stiff competition for his signature as the news comes after the 23-year-old’s agent, Donato Orgnoni, admitted there is plenty of interest in his client.

Orgnoni is quoted as saying by the Independent:

“There are certainly many clubs interested. We’re looking around. He’s very much appreciated both in Italy and abroad, we’ve also had contact with Napoli.”

The report gives no indication as to whether AC Milan have responded to Liverpool’s offer but de Sciglio would be an excellent addition if the Reds could win the race for his signature this summer.

The defender has been with Milan his entire career and broke in to the first team in 2011 having progressed through the clubs youth ranks. He is now a regular in Vincenzo Montella’s starting eleven and has also established himself in the Italian team, starting in three matches at Euro 2016 this summer.

While de Sciglio is predominantly a right-back, he is capable of playing at left-back so he’d give Klopp plenty of options at the back if he was to secure a move to Anfield over the coming weeks.