Paul Pogba has been pictured wearing a Manchester United training top with some of the clubs staff members after completing his medical ahead of his £89m move.

The summer transfer window is in full swing so we’ll bring you all the latest transfer rumours and gossip from around the globe. Today, Paul Pogba is on the verge of joining Man Utd…. 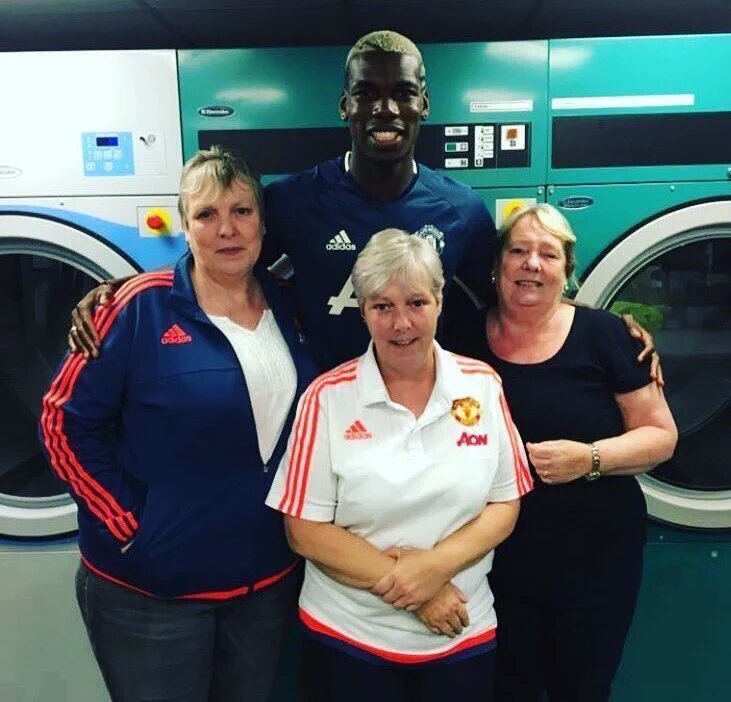 Paul Pogba has been pictured wearing a Manchester United training top with some of the clubs staff members after completing his medical ahead of his £89m move.

The French international flew in to Manchester airport in a private jet on Monday lunchtime and was soon snapped arriving at United’s Carrington training base to finalise his move to Old Trafford.

The Telegraph claim that Pogba passed his medical examination and say that the club are now just waiting on some blood samples to be returned from Manchester hospital and to agree some minor contract details before announcing the deal.

An official announcement is expected on Tuesday with the newspaper suggesting that United will pay Juventus a world record £89m with an additional £4.25m add on being due should the 23-year-old agree a new deal within the next five years.

Pogba’s agent is also due a significant commission fee and the Telegraph claim that the midfielder will sign a five-year deal worth £10m per season, making him one of the best paid players in the Premier League.

While fans await the official confirmation, a photo has emerged on Twitter of Pogba posing in a United training shirt with some club staff members in what appears to be the laundry room.

If that isn’t confirmation enough that it’s a ‘done deal’, Stormzy uploaded a video featuring Pogba to his Facebook page with the UK rapper wearing a United shirt donning Pogba’s name.

Stormzy, like Pogba and United, is sponsored by Adidas and the video has since been removed from his Facebook page, appearing to indicate that the rapper published it a little prematurely. Or perhaps it was ‘leaked’ on purpose to further hype-up this big-money move.

Either way, it looks like Pogba is just hours away from becoming a Man Utd player again and he’ll become Jose Mourinho’s fourth new addition of the summer following the arrivals of Zlatan Ibrahimovic, Henrik Mkhitaryan and Eric Bailly.