The summer transfer window is in full swing so we’ll bring you all the latest transfer rumours and gossip from around the globe. Today, Arsenal are linked with Jeremy Mathieu… 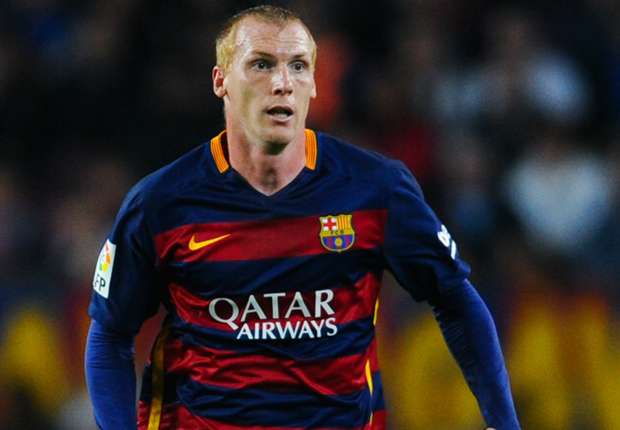 Arsenal have opened talks with Barcelona over a potential deal to sign Jeremy Mathieu as Arsene Wenger looks to bring in two new centre-backs this summer, according to the Mirror.

Wenger is desperately trying to strengthen his options at the back after Gabriel was ruled out for up to eight weeks after the Brazilian international suffered an ankle injury against Manchester City last weekend.

Arsenal have been strongly linked with a £20m move for Shkodran Mustafi with the Valencia defenders agent admitting yesterday that a deal to sign the German international was on the verge of completion [source: Metro].

However, with Per Mertesacker also ruled out until 2017 with a knee problem, it looks as though Wenger is now planning to bring in two new central defenders before the transfer window closes at the end of the month.

The Mirror are citing a report coming from SFR Sport that claims we’ve made contact with Barcelona to enquire about a deal for Mathieu but face competition for his signature as the French outlet says that Turkish giants Besiktas are also showing a keen interest in the 32-year-old defender.

Mathieu joined Barca from Valencia in 2014 but has failed to hold down a regular place in the Catalans starting eleven with Gerard Pique and Javier Mascherano the preferred central defensive partnership.

With Samuel Umtiti and Lucas Digne joining Barcelona this summer, it seems Mathieu has fallen even further down the pecking order so the Spanish giants could certainly be open to the idea of letting him leave over the coming weeks.

The French international would bring plenty of experience to the squad and while he’s predominantly a centre-back, he’s also capable of playing at left-back so his versatility would also be useful.

I wouldn’t be surprised if Wenger was trying to land Mathieu on a season-long loan as there is no need to sign two centre-backs permanently just to cover a couple of injuries, but I think it would be a great move if we could sign the Frenchman on a short-term deal.