Manchester United will look to build on their opening weekend win over Bournemouth when they welcome Southampton to Old Trafford tonight.

Jose Mourinho made a winning start to life in the United hot seat after easing to a 3-1 win over Bournemouth last weekend but the Portuguese coach will be desperate to pick up all three points in his first home match this evening.

The former Chelsea boss has vowed to entertain the Old Trafford faithful after they had to endure some poor football under Louis van Gaal last season and the supporters will be hoping to see record signing Paul Pogba in action for the first time.

Southampton won’t be heading to Manchester just to make up the numbers and the south coast club have a great recent record at Old Trafford having gone away with 1-0 victories in each of their last two visits.

However, boss Claude Puel will be hoping for an improved performance after his side were held to a 1-1 draw at home to Watford on the opening weekend of the new season.

United have been boosted by the return of Chris Smalling as he’s available for selection after serving a one-match ban against Bournemouth last weekend.

Mourinho has confirmed that Pogba will make his debut but isn’t ready to play the full ninety minutes after only training for 11 days since making his world record move.

Michael Carrick could get a recall alongside the French international while Henrikh Mkhitaryan could be in-line to make his full debut after being named among the substitutes last time out.

Southampton should welcome back Jose Fonte to the starting eleven after he wasn’t deemed fit enough to start against Watford but Ryan Bertrand remains sidelined through injury. 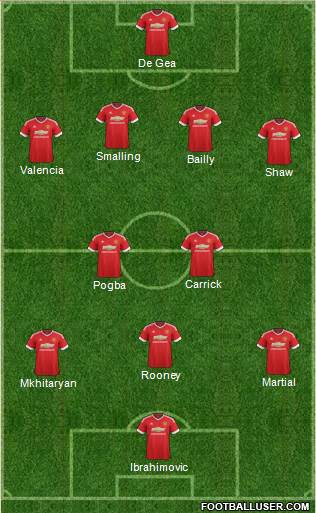 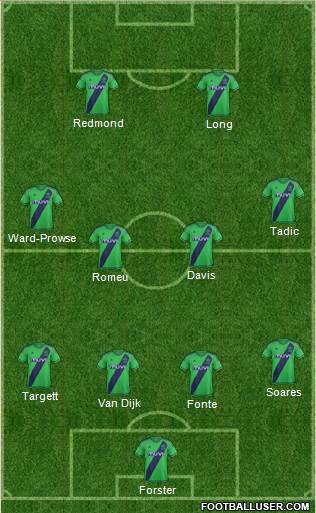 Man Utd 2-0 Southampton: Old Trafford is sure to be buzzing tonight for Mourinho’s first home game and Pogba’s debut. United looked decent against Bournemouth and I expect them to dispatch an average Southampton side with relative ease this evening. Mourinho doesn’t lose home games, remember.

Man Utd are the 8/15 favourites to win the game but Football-Talk can get you enhanced odds of 4/1 on a United win – just click here to take advantage of these incredible odds.