Arsenal are ready to withdraw from the race to sign an international defender as they are convinced the player is set to join Manchester United.

The transfer window is now drawing to a close so we’ll bring you all the latest transfer rumours and gossip from around the globe. Today, the latest on Jose Fonte…. 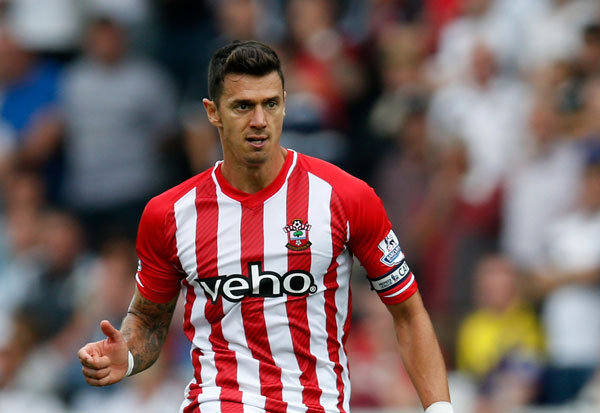 Arsenal are ready to withdraw from the race to sign Jose Fonte as they are convinced the Southampton centre-back is set to join Manchester United, according to the Evening Standard.

Arsene Wenger is scouring the market searching for a new defender after Gabriel joined Per Mertesacker on the sidelines with an ankle injury that’s set to keep him out for another six weeks.

The Gunners have been strongly linked with Shkodran Mustafi in recent weeks but are struggling to agree terms with Valencia with the Spaniard’s understood to be demanding the full value of his £43m buyout clause [source: Evening Standard].

Southampton are keen to keep hold of the 32-year-old and have offered him a new contract extension to secure his long-term future but Fonte has expressed his desire to join a bigger club.

The defender has become one of the most consistent centre-backs in the Premier League since helping Southampton gain promotion to the top flight and has also become a regular for the Portuguese national team, helping them win the Euro’s this summer.

ESPN suggest Fonte could be available for around £10m so you can understand why he’d appeal to Wenger, however, the Evening Standard claim that Arsenal are ready to withdraw from the running as they are convinced the player is set to join United.

Eric Bailly has made an excellent start to life at Old Trafford but Jose Mourinho is believed to want a more experienced centre-back during the closing stages of the window and it looks like Fonte is firmly on his radar.

We’ll have to wait and see how things develop over the coming days but I think Fonte would be an excellent short-term solution for United or indeed Arsenal and would be a superb buy at around £10m this summer.