The wife of a Brazilian star has sent Manchester United fans in to a frenzy after dropping a huge hint that the player is heading for Old Trafford.

The transfer window is now drawing to a close so we’ll bring you all the latest transfer rumours and gossip from around the globe. Today, is Fabihno heading for Manchester United…

The wife of Monaco defender Fabinho has sent Manchester United fans in to a frenzy after dropping a huge hint that the Brazilian full-back is heading for Old Trafford.

Despite suggesting his transfer business was over following the arrival of Paul Pogba from Juventus earlier this month, Jose Mourinho has been strongly linked with a move for Fabinho this summer.

The right-side of defence has been a problem area for United for some time and with Matteo Darmian tipped to head back to Italy following a mixed season in England, Mourinho is understood to be ready to bring in a replacement.

And it looks like Fabinho could be the man the Portuguese coach wants as the Mirror cited reports coming from Spanish outlet Marca last week that claimed United were plotting a late £25m swoop for the Monaco full-back.

The 22-year-old’s wife, Rebeca Taveres, has now fuelled the speculation even further and got fans excited after following the official Manchester United account on Instagram. Here is a screenshot: 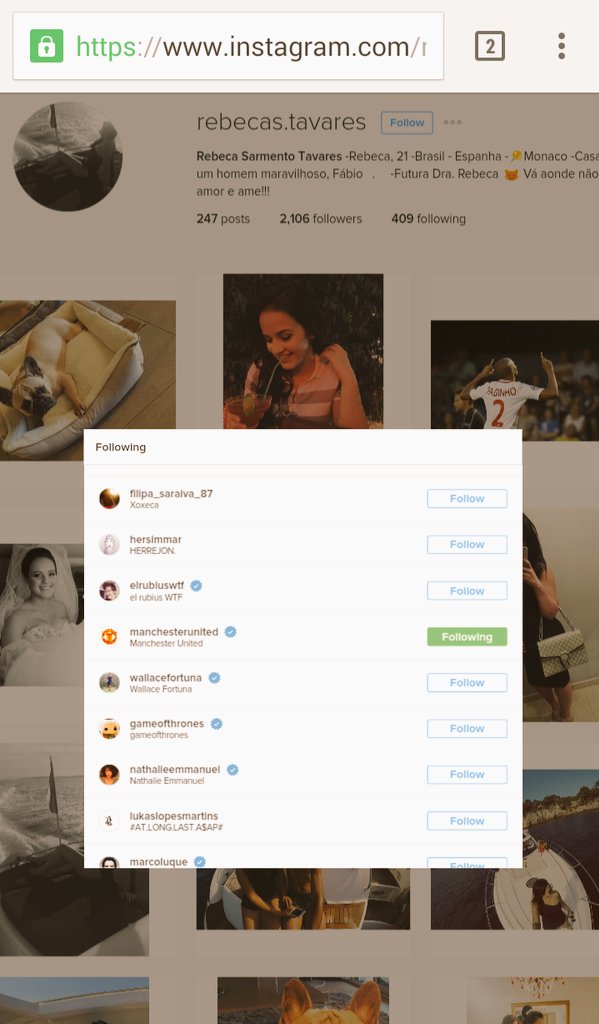 Could Miss Taveres simply be a secret Man Utd fan or is she hinting that her partner will soon be heading for Old Trafford? Who knows, but her social media activity has certainly set tongues wagging.

Fabinho would be an excellent signing if United do end up getting a deal done as he’s become one of the best full-backs in Ligue 1 since joining Monaco in 2013 and is now battling it out with Dani Alves for a starting spot with Brazil.

The defenders agent is Jorge Mendes – who also represents Moutinho – so I’m sure the United boss will be using his close relationship with his agent to try and ensure a deal goes through if United have made their interest official.