Arsenal take on Watford at Vicarage Road on Satruday. Here’s a preview with team news, likely line-ups, betting tips and predicted score for the game

Arsenal will look to collect their first win of the new season when we take on Watford at Vicarage Road on Saturday afternoon.

We’ve started the season poorly having taken just one point from our opening two games with a 0-0 draw at Leicester following on from the 4-3 defeat to Liverpool two weeks ago.

Thankfully Arsene Wenger has finally made his moves in the transfer market with the imminent signings of defender Shkodran Mustafi and striker Lucas Perez, with both players understood to have undergone medicals today.

However, neither player is going to be available to face Watford so the current squad are going to have to step-up and ensure we bring home a much-needed three points tomorrow afternoon.

Watford have also taken just one point from their first two games having drawn at Southampton before losing to Chelsea last weekend so Walter Mazzarri will be looking to collect his first win since arriving in English football.

Mesut Ozil is in-line to make his first start of the season after Wenger hinted that the German international is ready to come in to the starting eleven. However, Olivier Giroud is still behind physically so Alexis Sanchez may once again be deployed as a make-shift striker.

Aaron Ramsey is still out with a hamstring injury while Alex Iwobi misses out with a thigh problem so the midfielders join Per Mertesacker, Danny Welbeck, Gabriel and Carl Jenkinson on the sidelines.

Watford could hand debuts to new signings Younes Kaboul and Roberto Pereyra while Daryl Janmaat is also pushing for a start after completing his move from Newcastle. 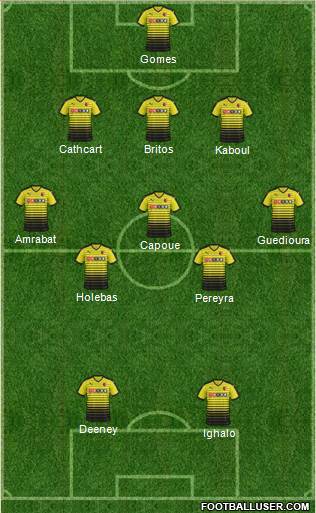 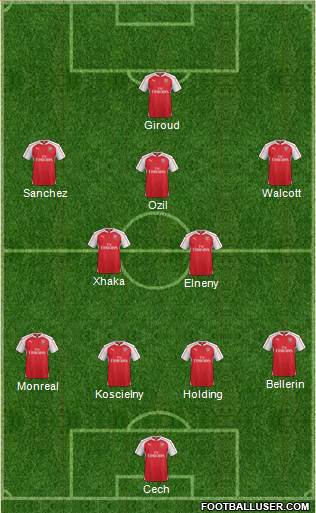 Watford 0-2 Arsenal: We looked far more solid against Leicester last week with Laurent Koscielny back in defence and hopefully the return of Ozil will add some much-needed creativity to our attack. Watford gave Chelsea a good game and I expect to see another similar display tomorrow but hopefully we should just edge this one.