Arsenal eased to a 3-1 victory over Watford thanks to first half goals from Santi Cazorla, Alexis Sanchez and Mesut Ozil. These are my ratings from the game: 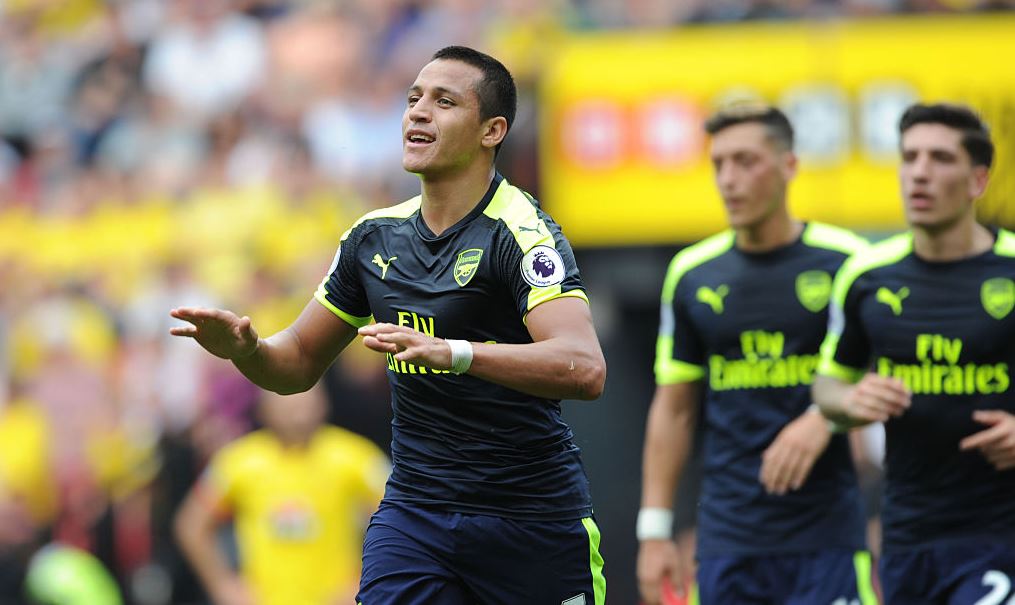 Arsenal eased to a 3-1 victory over Watford at Vicarage Road on Saturday afternoon thanks to first half goals from Santi Cazorla, Alexis Sanchez and Mesut Ozil.

These are my ratings from the game:

Cech 7/10 | Pulled off a great close range stop to prevent Koscielny scoring an own goal. Also made a couple of fine saves in the second half.

Bellerin  7/10 | Always keen to bomb forward down the flank and was a real threat to Watford’s defence. No problems at the back.

Holding  7/10 | Another fine display from the impressive young defender. Seems to be enjoying playing alongside Koscielny.

Koscielny  7/10 | Did well to contain the awkward threat of Deeney and Igholo. Could have done better to clear our lines for their goal though.

Monreal  6/10 | A difficult game for Nacho as he was caught out a few times, although he wasn’t helped by a lack of support from Oxlade-Chamberlain. Off injured so hopefully it’s not serious.

Cazorla  6.5/10 | Given more freedom to roam with Xhaka in the team and took his penalty well.

Xhaka 7.5/10 | Showed off his impressive long-range passing skills with some lovely balls. Looks to be a great fit for Arsenal.

Walcott  7/10 | Superb cross set-up Sanchez for the second and worked hard for the team today.

Ozil  8/10 | Showed us what we missed in the first two games as Mesut ran the show, especially in the first half. His ball led to the penalty and he scored the third goal with a header!

Oxlade-Chamberlain  5/10 | Struggled to get in the game and left Monreal exposed on several occasions, including for their goal.

Sanchez  8.5/10 | Excellent display. Won the penalty, scored the second and set-up the third with a superb cross for Ozil. MOTM.

Elneny 6/10 | On to shore things up and his energy was badly needed.