Tottenham Hotspur are lining-up a stunning late £38m move for a player who’s been strongly linked with Liverpool. Find out all the details here

Transfer deadline day is finally here so we’ll bring you all the latest transfer rumours and gossip from around the globe. Here, Tottenham are linked with Max Meyer… 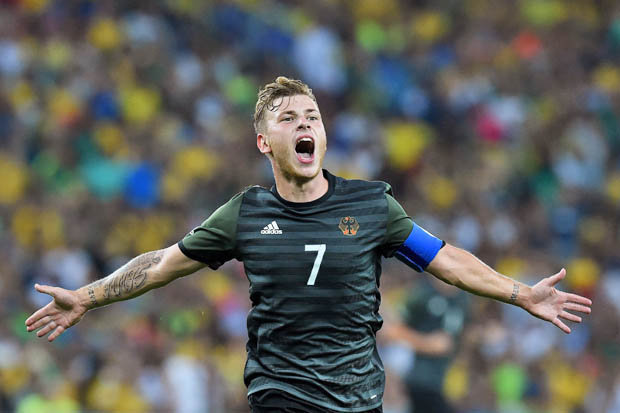 Tottenham Hotspur have been linked with making a stunning late swoop on Schalke for Max Meyer with the north Londoners ready to table a £38m offer for the Liverpool target, according to talkSPORT.

Meyer has developed in to one of the hottest properties in German football since breaking in to the Schalke first team in 2013 and has already clocked-up 95 Bundesliga appearances despite his tender age.

The 20-year-old has also broken in to the senior German national team set-up having represented his country at every youth level and is tipped to go on to become a key figure for the World Champions over the coming years.

Meyer’s potential has attracted plenty of interest with talkSPORT suggesting that Liverpool and Tottenham are among the clubs who’ve been linked with a move for the young attacker in recent weeks.

Jurgen Klopp has been busy overhauling his squad at Anfield with seven signings being brought in this summer and he obviously knows Meyer well from his time with Borussia Dortmund in the Bundesliga.

However, it looks as though Spurs are now ready to steal a march on their rivals as talkSPORT are citing reports coming from German outlet Bild that claim Tottenham are plotting a late move for Meyer.

Mauricio Pochettino is desperately trying to strengthen his attacking options before the window slams shut and it appears he’s ready to turn his attention to the young German after being frustrated in his attempts to sign Isco, Wilfried Zaha and Moussa Sissoko.

The talkSPORT report suggests that Tottenham are ready to test Schalke’s resolve with a £38m bid with Meyer understood to have expressed his desire to play in the Premier League during his career.

We’ll have to wait and see how much truth there is behind these reports but Meyer would be an excellent signing if Spurs could somehow push through a deal before the window shuts at 11pm. Time is certainly running out for the north Londoners….