Yaya Toure’s agent claims that Arsenal and Manchester United are interested in signing the out-of-favour Manchester City midfielder. Hear what he said here

The summer transfer window is now closed for another year but it’s not time to look back on those deals that didn’t go through and those that are being lined-up for the future. Today, Arsenal and Man Utd are linked with Yaya Toure…. 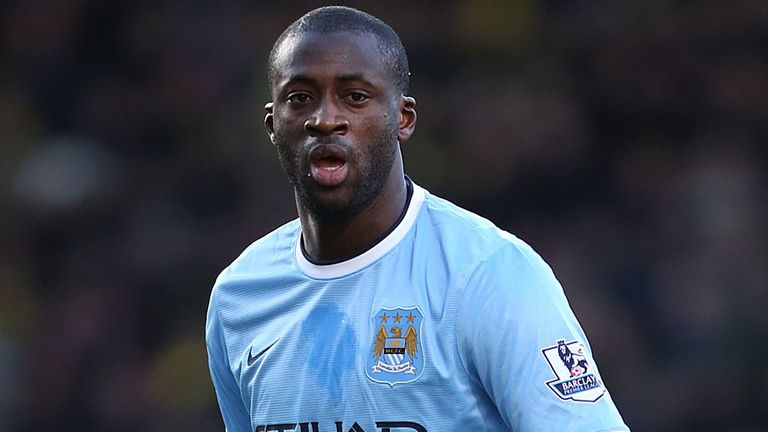 Yaya Toure’s agent claims that Arsenal and Manchester United are interested in signing the out-of-favour Manchester City midfielder but a move to either club appears highly unlikely, according to Sky Sports News.

Toure has been with City since joining the club from Barcelona in 2010 and has scored 75 goals in his 266 appearances to help the Citizens win two Premier League titles during his time at the club.

However, the 33-year-old’s future at the Etihad Stadium has been plunged in to doubt after new boss Pep Guardiola left him out of his Champions League squad for the group stages of the competition.

The Ivory Coast international has just 12 months left on his contract and his agent, Dimitri Seluk, has told Sky Sports News that Arsenal and Manchester United are among the clubs who have shown an interest in signing the midfielder.

However, Seluk suggests that any move to City’s Premier League rivals will be impossible to pull off meaning the player is expected to sign a pre-contract agreement with a foreign club in January.

Here is the tweet and video from Sky Sports confirming Arsenal and United’s interest while there is also quotes from Seluk himself:

Toure's agent has claimed he has been subject to interest from #MUFC and #AFC as he looks to leave the Etihad #SSNHQ https://t.co/2aDFAFqrdM

“Yaya in January can sign a pre-contract agreement with clubs abroad. He will have many offers from clubs. China and America of course they want him but we will have a lot of offers from England and Europe.

“He is in very good shape, very good condition, I think he lost seven kilograms.

It would certainly have been an interesting move had Toure decided to join either Arsenal or United but it looks as though the Ivorian powerhouse is set for a new challenge abroad next season.