The summer transfer window is now closed for another year but it’s not time to look back on those deals that didn’t go through and those that are being lined-up for the future. Today, Man Utd face competition for Antoine Griezmann… 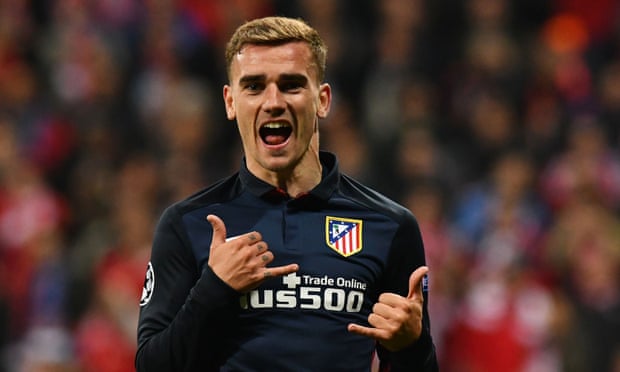 Chelsea are planning to hijack Manchester United’s attempts to sign Antoine Griezmann and are lining-up a huge bid for the £84m-rated Atletico Madrid striker, according to a report in the Express.

The 25-year-old carried that form in to this summers European Championship finals where he scored six goals to lead France to the final and was later named as the Player of the Tournament.

Understandably the striker has attracted plenty of interest and the Mirror reported recently that United are lining-up a big-money move for the French superstar as Jose Mourinho sees Griezmann as a long-term replacement for Wayne Rooney.

However, it appears the Red Devils are going to face stiff competition as the Express are citing a report coming from the Telegraph that claims Chelsea will rival United for Griezmann’s signature.

The newspaper suggests that the Blues are prepared to go toe-to-toe with their Premier League rivals and will submit a huge offer to ensure the striker will be heading to Stamford Bridge rather than Old Trafford.

Griezmann signed a new long-term deal with Atletico in June that saw his buyout clause increase to £84m [source: Express] and I highly doubt the Spanish outfit will agree to sell their star man for anything less than his release fee.

Chelsea and United are two of only a handful of clubs who could afford to pay that sort of money but the Londoners could have the edge in negotiations if they are willing to include Atletico target Diego Costa in any potential deal.

News of Chelsea and United’s interest comes just days after Griezmann cast doubt on his long-term future at the Vicente Calderon after suggesting he might look for a move when boss Diego Simeone leaves the club amid reports this could be the Argentinean coaches final season in Spain.

It’s certainly going to be interesting to see how this all plays out over the coming months but obviously Griezmann would be a sensational signing for either Chelsea or United if they were able to pull off a deal next summer.