Man Utd take on Watford at Vicarage Road on Sunday. Here’s a preview with team news, likely line-ups, betting tips and predicted score for the game

Manchester United will look to bounce back from their defeat at Feyenoord when they take on Watford at Vicarage Road on Sunday afternoon.

The Red Devils kicked off their European adventure with a disappointing performance in Rotterdam but Jose Mourinho has made it clear his priority is the Premier League and several first team regulars should be recalled tomorrow.

United saw their 100% start to the new league season come to an abrupt end with a 2-1 defeat to Manchester City at Old Trafford last weekend so they’ll be looking to get back on track at Vicarage Road.

Watford recovered from a poor start to their campaign with a thrilling comeback win over West Ham last weekend which has seen them move on to four points from their opening four fixtures so they’ll be hoping for another positive result on home soil.

United will hand a late test to Eric Bailly as the centre-back picked up a knock against Feyenoord on Thursday night but the Ivory Coast international is expected to be passed fit to start.

Mourinho will recall Wayne Rooney after giving his skipper a rest in midweek while Zlatan Ibrahimovic will also return to the starting eleven along with the likes of Marouane Fellaini, Luke Shaw and Antonio Valencia.

Daley Blind should also get a recall after an excellent start to the season which could see Chris Smalling drop back to the bench after making his first start of the season in the Europa League.

Henrikh Mkhitaryan is out with a thigh injury so he joins Phil Jones on the sidelines with the centre-back suffering a knee ligament injury in training.

Watford will hand a late fitness test to Younes Kaboul and Sebastian Prodl but Stefano Okaka has been ruled out for a month with a hamstring injury. 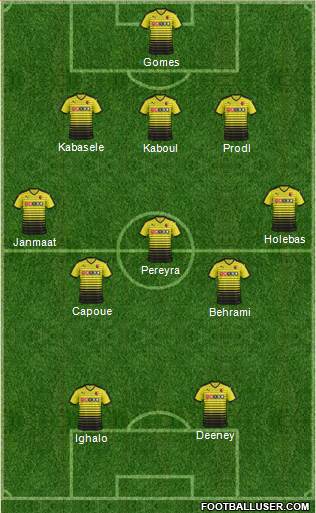 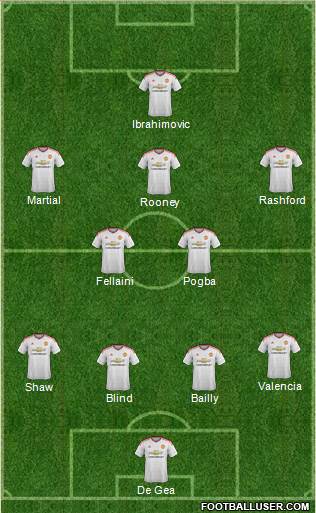 Watford 1-2 Man Utd: The hosts have been a little unfortunate with the results they’ve picked up so far this season and I expect them to give United a good game tomorrow. However, Mourinho will be determined not to lose three games on the bounce so I think we’ll see United edge this one.

United are the 13/20 favourites to win the game by we can get you enhanced odds of 5/1 – just click here to take advantage of these crazy odds. Here are some other bets I like the look of if you want even more value: