Several of the Arsenal players have been celebrating on social media after we eased to a 2-0 victory over FC Basel at the Emirates on Wednesday night. 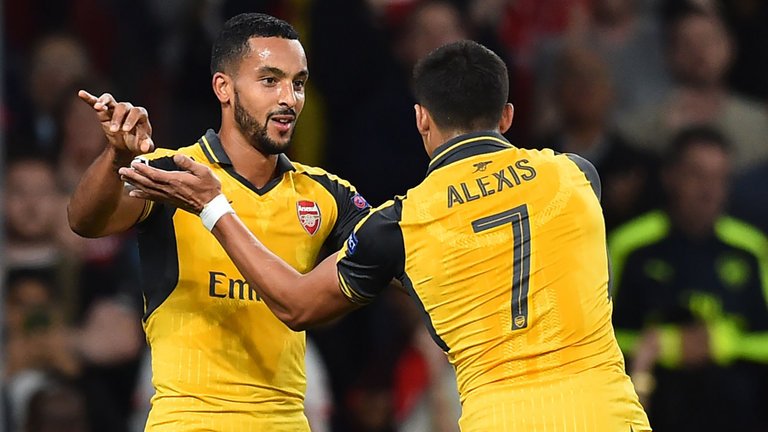 Several of the Arsenal players have been celebrating on social media after we eased to a 2-0 victory over FC Basel in the Champions League at the Emirates on Wednesday night.

Theo Walcott opened the scoring with a rare header from a superb Alexis Sanchez cross before the pair combined again to see Walcott fire in off the post to make it 2-0 midway through the first half.

We continued to dominate the game but couldn’t convert the numerous chances we created so had to settle for a comfortable 2-0 win which sees us remain level on points at the top of Group A with Paris Saint-Germain following their win at Ludogorets.

After the game, several of the players have taken to social media to celebrate the important win with Mesut Ozil, Santi Cazorla, David Ospina, Nacho Monreal and Shkodran Mustafi all posting messages on Twitter.

Check out what the boys have been up to on social media below:

Great @ChampionsLeague night at the #EmiratesNothing better than a victory with a clean sheet!#AFCvBAS#sm20@Arsenalpic.twitter.com/mnCJIzVbWy

WIN!Final scoreline doesn't reflect our performance at all. But definitely very happy about our next victory!#YaGunnersYa#AFCvBAS pic.twitter.com/kBxXJCNrEp

What a game! What emotions to play against the club I made the first steps with ! What adrenaline to face your own brother. Unforgettable match☝. Everything perfect. Thank you everyone! !

Onto The Next , Also Congrats To @theowalcott On His 2 Goals#AFC

Good to keep the winning run going! Another strong performance from the team and important 3 points. #COYG