Manchester United striker Marcus Rashford has enjoyed an excellent start to the new season and has been recalled to the squad after missing England’s 1-0 win over Slovakia last month.

Jesse Lingard also gets a call-up and will be hoping to make his international debut while club mate Wayne Rooney is also selected by Southgate despite seemingly losing his place under Jose Mourinho in recent games.

Arsenal attacker Theo Walcott has been recalled after enjoying an excellent start to the new season while Alex Oxlade-Chamberlain has also been included after missing out on Sam Allardyce’s last squad.

Liverpool defender Nathaniel Clyne has been ruled out through injury so Southgate has surprisingly recalled Stoke City’s Glen Johnson to the squad for the first time since the 2014 World Cup.

Adam Lallana has also been ruled out due to injury but Liverpool team mates Jordan Henderson and Daniel Sturridge have been included in the 23.

Tottenham continue to have a strong presence in England set-up with Kyle Walker, Danny Rose, Eric Dier and Dele Alli all called up but Harry Kane misses out due to injury.

Chelsea defender Gary Cahill is included despite his poor start to the season while Everton’s Phil Jagielka is back in the squad along with Leicester City’s Jamie Vardy. 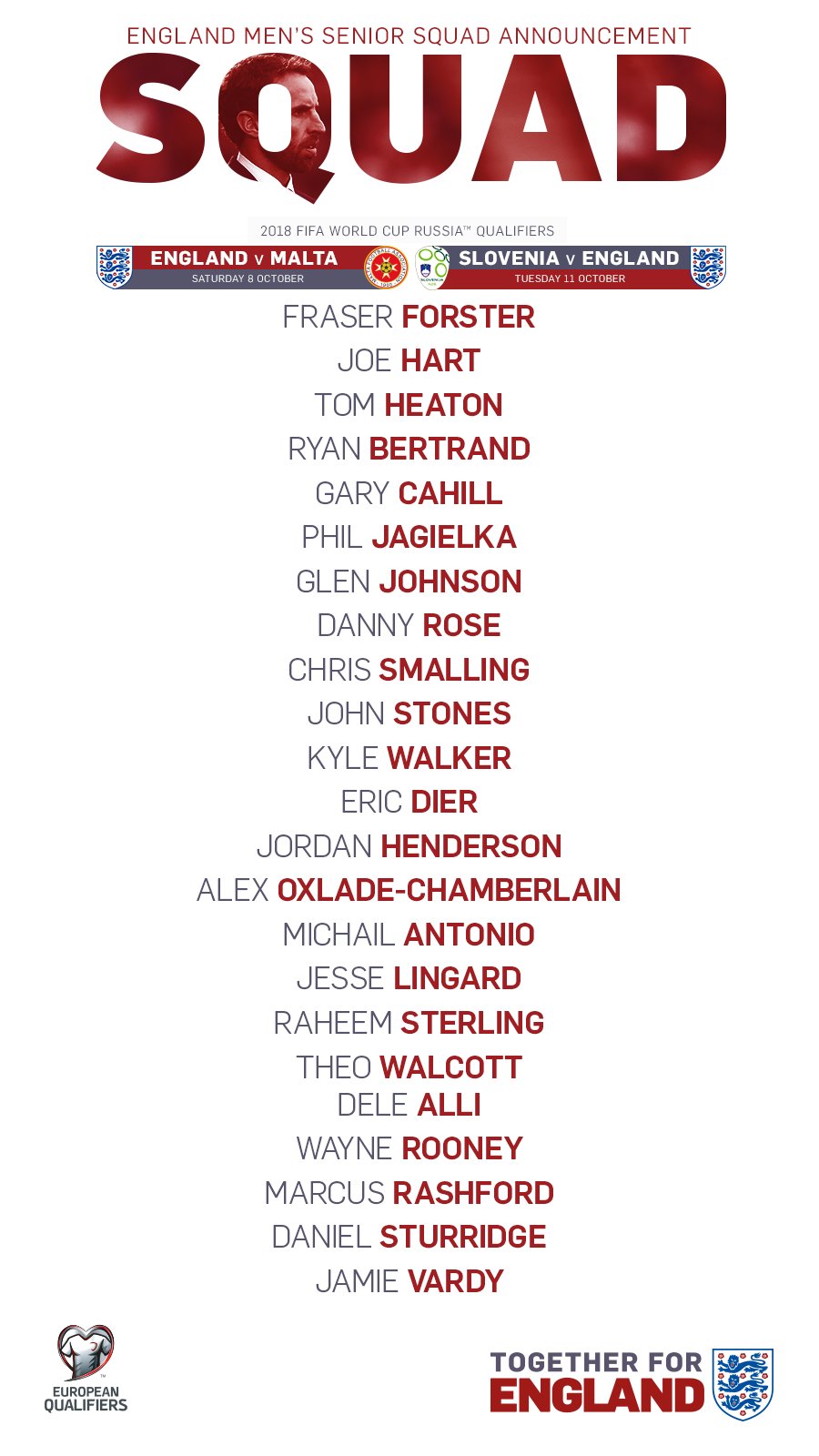