Mauricio Pochettino has confirmed a huge injury blow ahead of Tottenham’s clash with West Brom but a key man is set to return to training. Unfortunately, the Argentinean coach confirmed a big injury blow with the news that Mousa Dembele has aggravated a long-standing foot injury and has therefore been ruled out of this weekend’s action.

Dembele suffered a foot injury in training shortly before Tottenham’s 2-0 win over Manchester City earlier this month and was forced to miss Belgium’s recent World Cup qualifiers against Bosnia and Gibraltar.

There was an initial hope that the injury was minor but while Pochettino remains hopeful it’s not a long-term problem, the Spurs boss confirmed that the midfielder is still feeling pain when he kicks the ball so will miss the trip to West Brom on Saturday.

However, there was some more positive news on the fitness of Harry Kane as Pochettino confirmed that the striker is set to resume light training outdoors next week as he looks to return from an ankle injury. 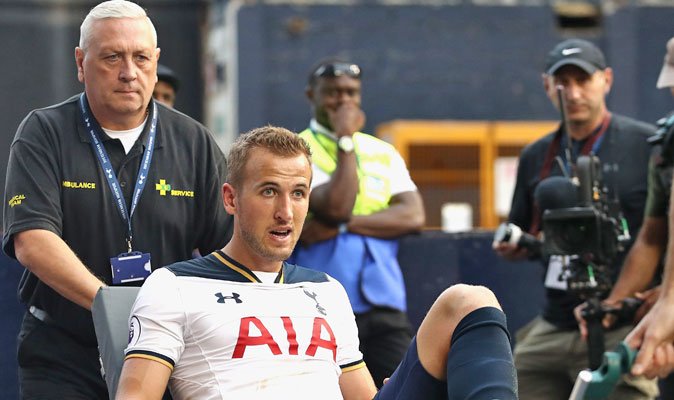 Kane suffered the injury against Sunderland last month and there were fears he could be out for several months but the England international is making a swift recovery and could be back in time to face Arsenal at the start of November.

He’s as saying by the Evening Standard.

“It is painful for him [Dembele] when he is in contact with the ball. It is an old problem and he is now recovering from it.”

“We don’t know when he [Kane] can play again, but we can only say he is doing well and we hope next week he will start to train on the grass. He is still not with the group but we are happy with the way he is recovering.”

Spurs head to West Brom in excellent form having beaten Manchester City just before the international break to extend their winning streak to five games in all competitions so they’ll be hoping to make it six on the bounce this weekend.