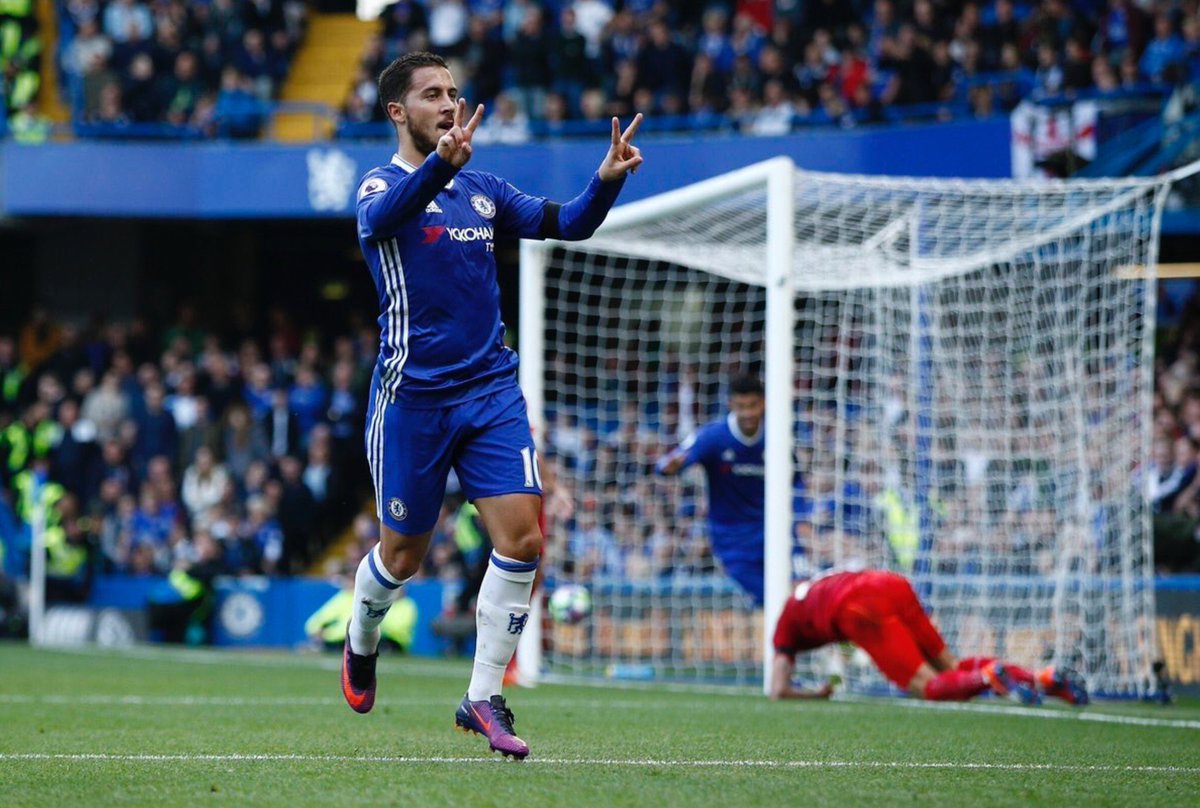 The Blues started brightly and opened the scoring when Costa ghosted in unmarked at the far post to lash home a left-footed effort following a 6th minute corner.

The hosts nearly made it 2-0 in the 26th minute when David Luiz crashed a 30-yard free-kick off the bar but the Blues eventually did find the second goal as Hazard pounced on some poor defending before rounding the keeper and slotting home.

Antonio Conte’s men continued to pile on the pressure and wrapped up the three points when Nathan Chabolah found Victor Moses with a superb backheel and the rejuvenated winger slotted home for 3-0.

The win sees Chelsea climb up to fifth in the Premier League table and to within two points of leaders Manchester City ahead of their clash with Everton this afternoon.

Watch the goals and highlights here: