Several of the Arsenal players have been celebrating on social media sites after we held on to secure a vital 3-2 victory over Swansea City at the Emirates. 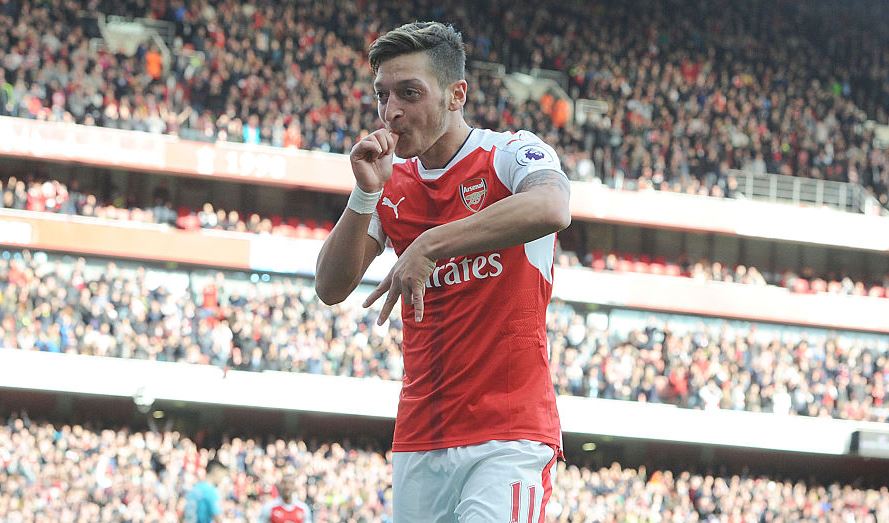 Several of the Arsenal players have been celebrating on social media sites after we held on to secure a vital 3-2 victory over Swansea City at the Emirates this afternoon.

Walcott put us two-up with a couple of poachers finishes before an error from Granit Xhaka gifted Swansea a way back in to the game as he lost possession to Gyfli Sigurdsson before the midfielder curled home for 2-1.

Mesut Ozil made it 3-1 with a fine volley before the visitors pulled it back to 3-2 in the 65th minute. Xhaka was then sent off making it a nervy last 20 minutes but we held on to secure a vital three points which move us level with Man City at the top of the table.

Some of the players have now been celebrating on Twitter after the game with Petr Cech, Mesut Ozil, Nacho Monreal and Shkodran Mustafi expressing their delight at extending out winning streak to six games.

Hector Bellerin and Alex Oxlade-Chamberlain also took to the social media network to praise another important victory and say that their focus has now turned to Wednesday night’s Champions League clash with Ludogorets.

Check out what the players have had to say below:

Good 3 points in the end. Now onto the champions league on Wednesday #COYG pic.twitter.com/BB33HMDzt9

We continue our winning streak … it was a hard fight until the very end! #AFCvSCFC #Gunners @Arsenal pic.twitter.com/jprzgiZezc

Not an easy match today. But level on points with @premierleague P1 and our sixth win in a row.#AFCvSCFC #COYG #Gunners @Arsenal pic.twitter.com/yfy37l8MPv

Crazy game! But the win is the most important thing. Now we focus on Wednesday! #COYG pic.twitter.com/XcR57bYo5K