Liverpool are confident of beating Arsenal to the signature of Andrea Belotti with the Merseysiders set to test Tornio’s resolve with an opening £19.5m bid

With the summer transfer window closed, managers are now planning ahead to try and strengthen their squads this winter so we’ll bring you all the latest gossip from around the globe. Today, Liverpool and Arsenal are linked with Andrea Belotti…. 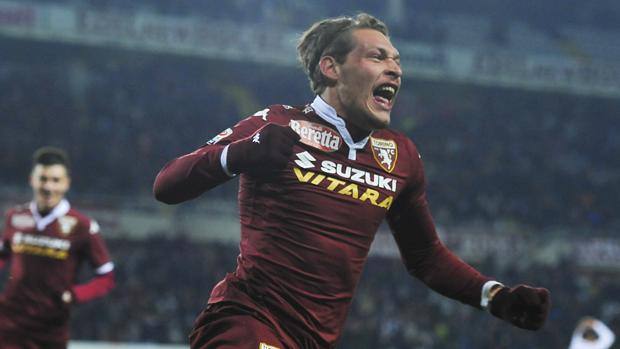 Liverpool are confident of beating Arsenal to the signature of Andrea Belotti with the Merseysiders set to test Tornio’s resolve with an opening £19.5m bid for the young hotshot, according to the Mirror.

Belotti started his career at then Serie B club AlbinoLeffe and progressed through the youth ranks before joining Palermo in 2013 where he impressed over the next two seasons to earn a move to Torino in the summer of 2015.

The 22-year-old enjoyed a solid debut season at the Stadio Olimpico Grande Torino after scoring 12 goals in his 35 Serie A appearances but he has hit the ground running this campaign with 5 goals and 2 assists in his 5 games so far.

Belotti has also started to make his mark on the international stage as after representing Italy at Under-21 level, he earned his first cap for the senior side in September and scored his first goal during a World Cup qualifying win over Macedonia earlier this month.

That kind of form appears to have attracted interest from the Premier League with the Mirror claiming that Arsenal and Liverpool are keen on luring the striker to England either in January or next summer.

Arsene Wenger recently signed Lucas Perez from Deportivo La Coruna but with the long-term future of Olivier Giroud still uncertain, the Gunners boss could be viewing Belotti as a potential replacement for the French international.

However, the Mirror claim that Liverpool are confident of beating Arsenal to the strikers signature and Jurgen Klopp is ready to steal a march on their rivals by tabling a formal £19.5m bid for Belotti’s services.

We’ll have to wait and see how Torino respond if such an offer is put on the table but the young hitman still has four years remaining on his current contract so they’ll be under no pressure to cash-in any time soon.