Arsenal take on Ludogorets at the Emirates tonight. Here’s a preview with team news, likely line-ups, betting tips and predicted score for the game

Arsenal will be looking to take one step closer to securing qualification to the knockout stages of the Champions League when we take on Ludogorets at the Emirates tonight.

We began our latest European adventure with a hard fought 1-1 draw at Paris Saint-Germain before easing to a 2-0 victory over FC Basel at the Emirates so we currently sit joint top of Group A on four points.

A win tonight will put us in a strong position to qualify for the knockout phase but the key game is going to be PSG at home as that will almost certainly determine who finishes top of the group.

We head in to the game off the back of an excellent run with Saturday’s 3-2 win over Swansea making it six consecutive Premier League victories that sees us sit level on points with leaders Manchester City.

Olivier Giroud and Aaron Ramsey are back in light training as they continue to work their way back to full fitness but neither player is available tonight.

David Ospina will replace Petr Cech in goal while Kieran Gibbs and Alex Oxlade-Chamberlain are also pushing for starts, however, Per Mertesacker and Danny Welbeck both remain out with long-term injury problems. 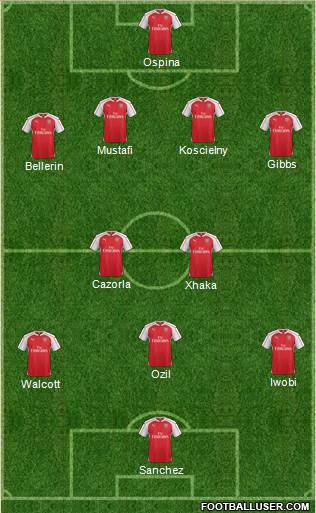 Arsenal 3-0 Ludogorets: The Bulgarian champions have only ever won one Champions League game in their history and we come in to the game in fine form so we should be confident of getting all three points. As long as we don’t show any signs of complacency, a relatively comfortable night’s work should be ahead.

Arsenal are the heavy favourites to win the game so it’s difficult to find good value. It’s important to do your research before placing bets as Sports Betting can be tricky but there is plenty of information on this French site that would be useful. I like the look of over 2.5 goals being scored during the game while Alexis Sanchez to score first in a 3-0 win is on offer at odds of 11/1, so that’s also worth considering.