Arsenal eased in to the last eight of the EFL Cup after beating Reading 2-0 on Tuesday night. Here are three players who will have caught Arsene Wenger’s eye.

Arsenal eased in to the last eight of the EFL Cup after beating Reading 2-0 at the Emirates on Tuesday night. Here are three players who will have caught Arsene Wenger’s eye…. 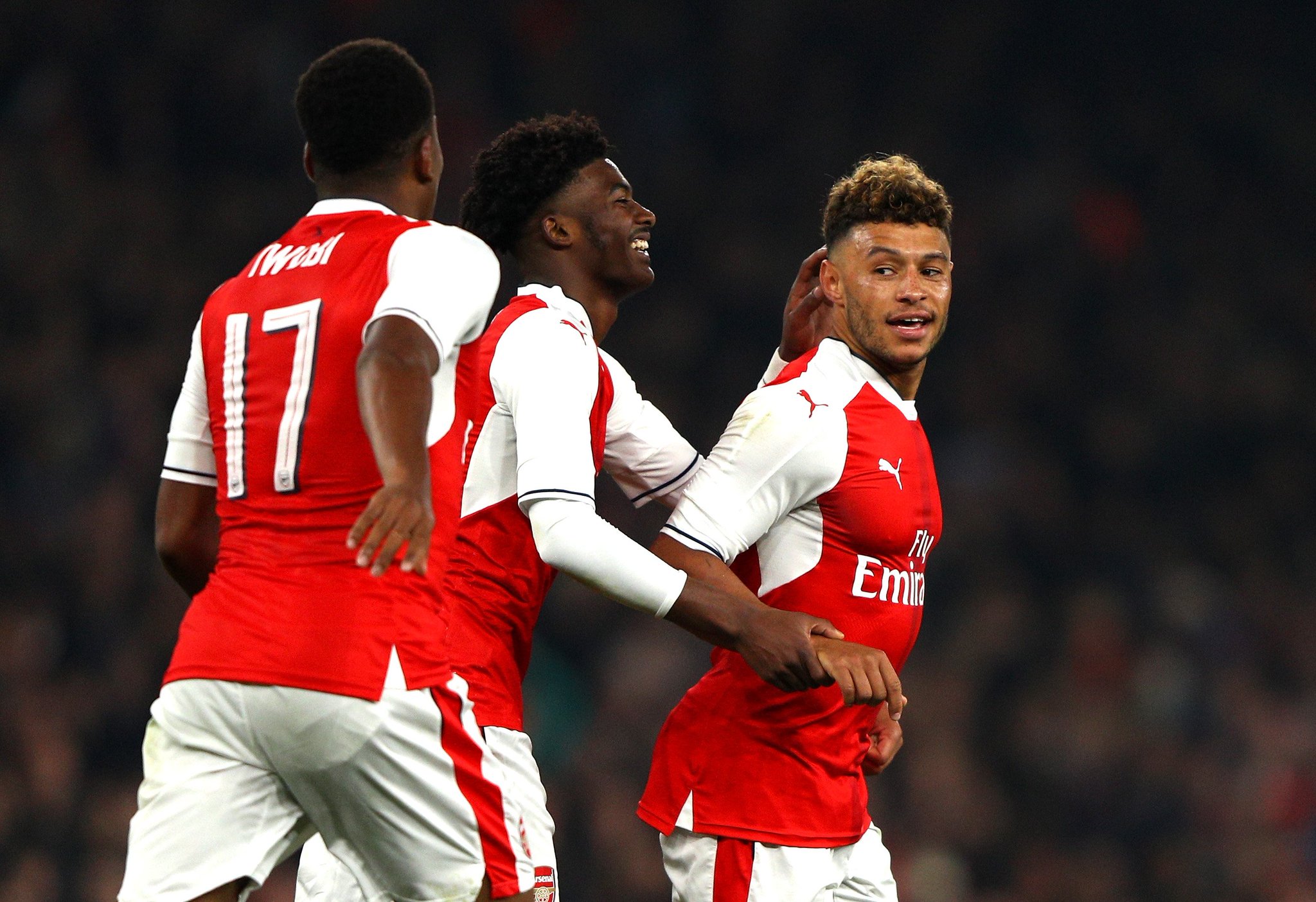 Oxlade-Chamberlain has started just 3 of our 9 Premier League games so far this season but he’s pushing for a more prominent role after putting in another excellent display last night.

The midfielder has struggled to progress in recent years but he looks to be finally putting an end product to his game as he opened the scoring with a fine low finish before wrapping up the win with a powerful drive in the second half.

The brace has taken his season goal tally to 5 in just 7 starts, and Arsene Wenger confirmed after the game that Oxlade-Chamberlain will be close to becoming a first team regular if he can take this form in to league games on a regular basis.

The 23-year-old has certainly started the season brightly and is clearly eager to push on this year, so hopefully this is the season we finally start to see him fulfill his huge potential.

Gibbsy has found first team football hard to come by over the past two years as Nacho Monreal has cemented himself as our established first choice left-back but he should be pushing the Spaniard more closely on this showing.

The dependable full-back captained the side against Reading and didn’t put a foot wrong, as he was rock solid at the back and was keen to get involved in the attacks going forward.

Granted the opposition was limited but if Gibbs keeps putting in decent performances when given the chance, he might start to give Wenger a decision to make as Monreal hasn’t been at his best so far this season.

The 30-year-old has been exposed in a number of games and he just hasn’t looked like the consistent left-back we’ve seen over the past two years so Gibbs could be ready to take his place and last night’s display will have done his cause no harm.

Jeff was handed a rare start and the youngster did his reputation no harm with a lively display. At just 18, Reine-Adelaide is one of our more promising youth products and Arsene Wenger has already admitted he’s close to the first team squad.

Last night, he was mainly operating from the left wing but was confident enough to come inside and get involved in attacks with the Frenchman showing some wonderful touches and close control.

Jeff created a couple of chances and had a few shots at goal and while his end product will no doubt improve as he gets older, the teenager looks to be a real prospect so hopefully we’ll see more of him throughout the season.