The dates for the quarter finals of the EFL Cup have been confirmed this afternoon with Arsenal, Liverpool and Man Utd finding out when they’re playing

The dates for the quarter finals of the EFL Cup have been confirmed this afternoon with big guns Arsenal, Liverpool and Manchester United all finding out when they’ll be playing.

Liverpool booked their place in the quarter finals after beating Tottenham 2-1 on Tuesday night and they’ll now face Leeds United at Anfield on Tuesday 29th November, with the game kicking off at 7.45pm on Sky Sports.

Arsenal eased in to the last-8 after beating Reading on Tuesday night and were draw to play Southampton after they edged past Sunderland, with the game now scheduled to take place on Wednesday 30th November at 7.45pm.

Manchester United bounced back form their defeat to Chelsea by beating Manchester City in the last-16 of the League Cup in midweek and Jose Mourinho’s side will now entertain West Ham at Old Trafford on the 30th November, with that game kicking off at 8pm and being shown live on Sky Sports. 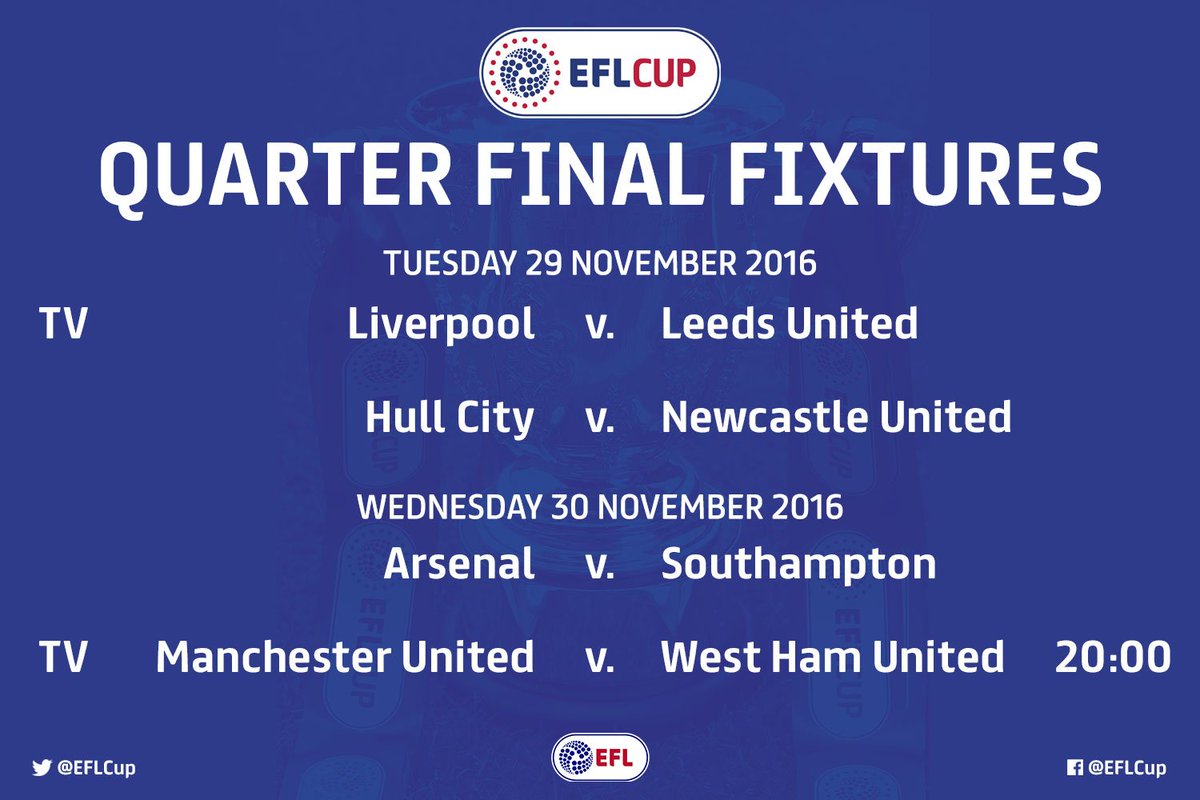