Tottenham entertain Leicester at White Hart Lane on Saturday. Here’s a preview with team news, likely line-ups and predicted score for the game

Tottenham will look to keep the pressure on at the top of the Premier League table when they take on Leicester City at White Hart Lane on Saturday afternoon.

Spurs were held to a frustrating 0-0 draw away at Bournemouth last weekend which followed an equally disappointing 1-1 draw at West Brom so they’ll be looking to get back to winning ways this weekend.

Despite consecutive draws, the north Londoners remain in touch at the top of the table with Mauricio Pochettino’s men sitting in fifth position and just one point adrift of the leaders and are the only unbeaten side in the division.

Leicester have failed to carry on their stunning form from last season with the Foxes already losing more [4] games than they suffered in the whole of their title winning campaign.

Claudio Ranieri’s side have certainly had their mind on the Champions League this term and Spurs will be hoping they’ve got one eye on next week’s trip to Copenhagen when they arrive in the capital tomorrow.

Spurs will continue to be without star striker Harry Kane as he’s still not considered fit enough to make his comeback from an ankle injury that’s seen him miss the last eight matches.

Defender Toby Alderweireld is also still unavailable for selection as he’s recovering from a knee injury that he picked up against West Brom earlier this month but the centre-back could be back to face Bayer Leverkusen next week.

Moussa Sissoko serves the second of his three-game ban while the likes of Hugo Lloris, Kyle Walker, Danny Rose, Jan Vertonghen, Dele Alli, Christian Eriksen and Erik Lamela are set for recalls after being rested for the midweek League Cup defeat at Liverpool.

Leicester will continue to be without Nampalys Mendy as the midfielder is still nursing an ankle injury while Ben Chilwell is also missing with a muscle strain.

Jamie Vardy was left out of the starting eleven for last weeks win over Crystal Palace so the England hitman may miss out once again tomorrow. 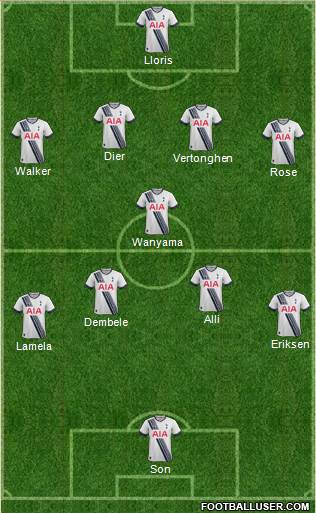 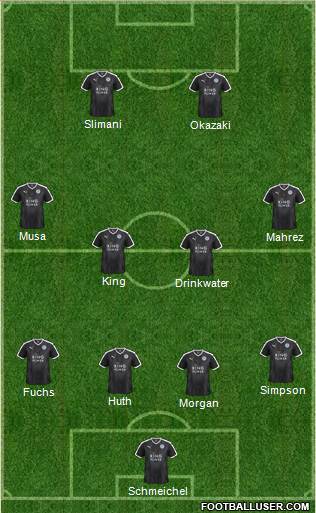 Tottenham 2-0 Leicester: There is no doubt Leicester aren’t the same team they were last season and with a Champions League game coming up on Wednesday, I think their focus will be elsewhere. Spurs have stuttered recently but still remain unbeaten in the league and I think they’ll ease to a 2-0 win.