Chelsea take on Southampton at St Mary’s on Sunday. Here’s a preview with team news, likely line-ups, betting tips and predicted score for the game

The Blues put themselves right back in the mix for the title after thrashing Manchester United 4-0 last weekend which made it three league wins on the bounce for the west Londoners.

However, they come in to the game sitting fifth in the table and four points adrift of leaders Manchester City after they beat West Brom this afternoon so Antonio Conte will be keen to close the gap with a win on the south coast.

Chelsea will also be looking to bounce back after crashing out of the League Cup thanks to a 2-1 defeat at West Ham in midweek but they’ll face a tough test against a solid Southampton side tomorrow afternoon.

The Saints have enjoyed a steady start to the season with their 1-1 draw at Man City last weekend leaving them ninth in the table and they can move to within just three points of Chelsea with a win on home soil this Sunday.

Chelsea will make several changes from the side that lost to West Ham with Thibaut Courtois set to return in goal while the likes of Eden Hazard and Diego Costa should get recalls in attack after being rested in midweek.

Gary Cahill is also expected to come back in to the side with Conte hinting that John Terry will drop to the bench after making his first start in over six weeks on Wednesday night.

Branislav Ivanovic is available after recovering from injury but Cesc Fabregas remains out with a thigh problem.

Southampton could welcome back Ryan Bertrand after he recovered from a hamstring injury but striker Shane Long is out with a hamstring problem.

Jay Rodriguez is also a doubt after suffering a head injury in midweek but Fraser Forster, Virgil van Dijk and Charlie Austin will be among the players to come back in to the starting eleven after being rested against Sunderland last time out. 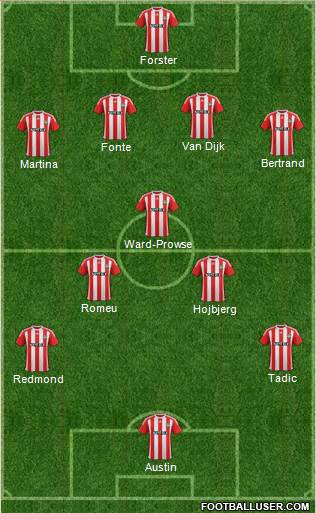 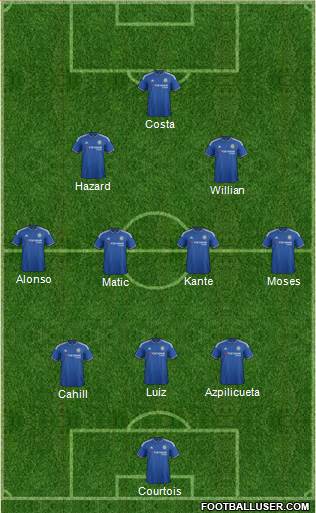 Southampton 1-2 Chelsea: The Saints come in to the game in great form having lost just once in their last 10 matches but Chelsea look a far stronger unit since they changed to a 3-4-3 formation. Conte’s men were impressive against United last week and if they can reproduce that kind of form, I can see them edging this one tomorrow.

Chelsea are the narrow 29/20 favourites to win the game by we can get you enhanced odds of 7/1 on an away win – just click here or below to take advantage of these crazy odds. Here are some other bets I like the look of if you want even more value: 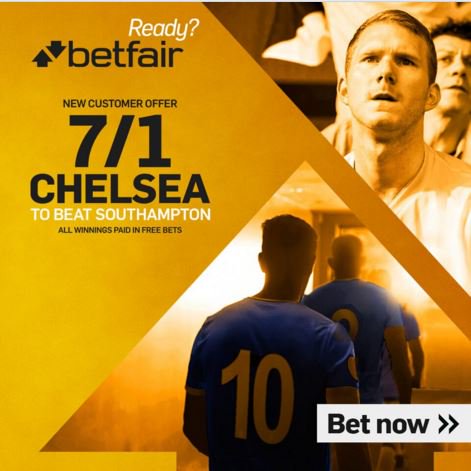