Arsenal take on Ludogorets in the Champions League in Bulgaria tomorrow night. Here is the side I think Arsene Wenger will select for the game: 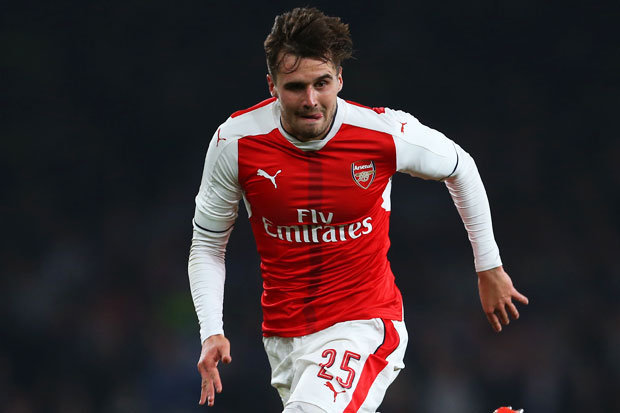 Arsenal will be looking to take another huge step towards the knockout stages of the Champions League when we take on Ludogorets in Bulgaria tomorrow night.

Arsene Wenger is set to make some changes ahead of Sunday’s clash with Tottenham so here is the side I think the boss will select for the game:

Goalkeeper: David Opsina has played in all three of our previous Champions League games so the Colombian international is expected to continue between the sticks tomorrow.

Defence: Wenger confirmed at his press conference earlier this evening that Hector Bellerin will miss the game after suffering a minor knock in training so Carl Jenkinson is set to start at right-back.

Nacho Monreal has also been left back in north London nursing a muscle problem that’s kept him out of the last two games so Kieran Gibbs should start at the back along with Shkodran Mustafi and Laurent Koscielny.

Midfield: Santi Cazorla is also out as he’s yet to recover from an achilles injury that’s kept him out of the last three games but Granit Xhaka is back in contention after serving his three-match suspension.

Aaron Ramsey made his long-awaited comeback with a late substitute appearance against Sunderland after finally overcoming a hamstring problem but I don’t think the Welshman will be thrown in from the start just yet.

Therefore, Francis Coquelin or Mohamed Elneny are expected to play alongside Xhaka in the middle of the park.

Attack: Olivier Giroud made his comeback with a bang at the weekend having come off the bench to score twice against Sunderland and I think the Frenchman will lead the line up front against Ludogorets.

With Giroud back up top it gives Wenger a bit of a selection headache in attack and while I’d like to see Alexis Sanchez rested, the chances are he’ll start on the left wing with Alex Iwobi dropping out.

Theo Walcott trained today but hasn’t travelled to Bulgaria as he’s not risked after missing the last two games with a hamstring injury so Alex Oxlade-Chamberlain will continue on the right wing with Mesut Ozil behind the striker. 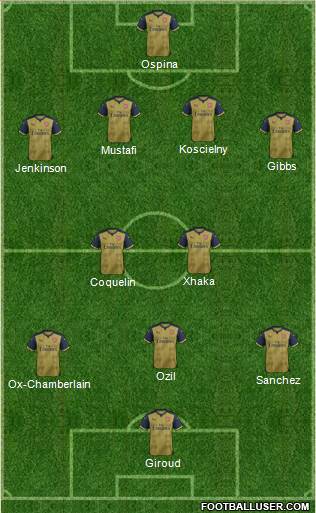