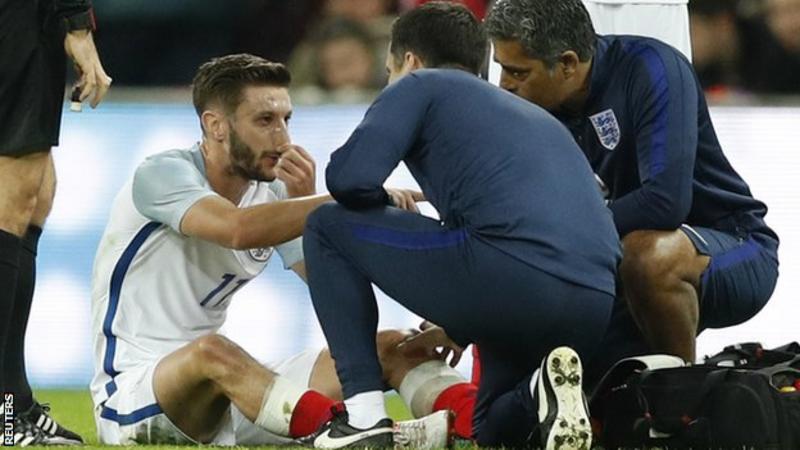 Liverpool will assess Adam Lallana when he returns to Melwood today after the midfielder limped out of England’s 2-2 draw with Spain on Tuesday night with a groin problem, according to the Liverpool Echo.

Having played the full ninety minutes during the 3-0 win over Scotland last Friday, Lallana once again started for the Three Lions in their friendly against Spain at Wembley last night.

The Reds midfielder opened the scoring from the penalty spot in the 9th minute but needed treatment from the England medical team after going down following a challenge from Bayern Munich midfielder Thiago Alcantara.

Lallana limped off shortly before the half hour mark and was replaced by Arsenal’s Theo Walcott as England went on to throw away a two-goal lead with Spain scoring twice late on to rescue a 2-2 draw.

The Liverpool Echo claim that Lallana will be assessed by Liverpool’s medical staff when he returns to Melwood today and while the initially thoughts are the injury is only a minor one, Jurgen Klopp will still be left sweating over the midfielders fitness.

Lallana has been a mainstay in Klopp’s starting eleven this season, scoring 3 and providing a further 5 assists in his 12 appearances so far, so it would be a huge blow for the Reds if the midfielder was ruled out for any significant period of time.

We should learn more later today over the severity of the injury but Liverpool will be hoping Lallana will be passed fit and available for selection to face former side Southampton this weekend.