Liverpool have been dealt a major blow after Philippe Coutinho was stretchered from the field during today’s 1-0 win over Sunderland. Watch the incident here. 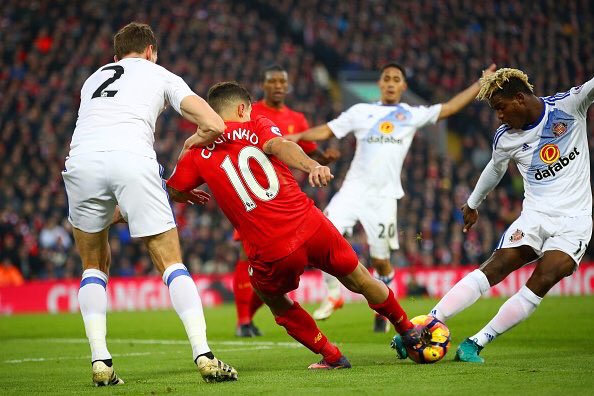 Liverpool look to have been dealt a major blow after Philippe Coutinho was stretchered from the field during today’s 2-0 win over Sunderland at Anfield.

Coutinho went down clutching his right ankle following a 50:50 challenge with Sunderland defender Didier Ndong as he burst in to the opposition area shortly after the half hour mark.

The Brazilian international immediately signalled to the bench and was stretchered from the field in an ankle brace looking in some discomfort following treatment from the clubs medical team.

As you can see from the video and images in this article, it appears Coutinho’s foot jarred back following the clash with Ndong so fans are fearing the Reds playmaker could be facing a lengthy spell on the sidelines.

That would obviously be a huge blow for Liverpool and their Premier League title chances as Coutinho has been in sensational form for the Merseysiders so far this campaign with 6 goals and 6 assists in his 14 appearances.

Jurgen Klopp will no doubt be sweating over the severity of his injury but the initial signs aren’t good and it looks as though Liverpool may have to do without their Samba Star for the foreseeable future.

The good news for the Reds is they overcame the loss of Coutinho to move top of the Premier League with a 2-0 win over Sunderland thanks to goals from Divock Origi and James Milner [pen]. 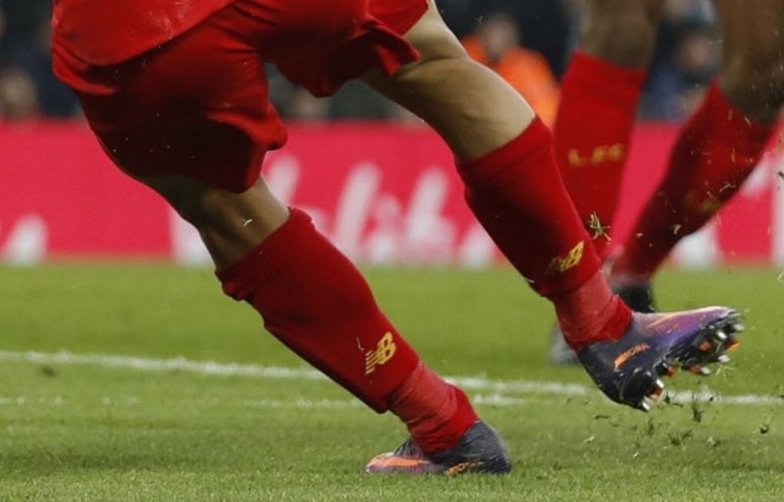