Arsenal team news: Arsene Wenger has confirmed a fresh injury blow ahead of tomorrow’s EFL Cup clash with Southampton but a player is back in the squad.

Arsenal will be looking to book their place in the semi finals of the EFL Cup when we entertain Southampton at the Emirates on Wednesday night.

Ahead of the game, boss Arsene Wenger has been speaking to Arsenal.com and has given the clubs website an update on the latest team and injury news.

Unfortunately the French coach confirmed a fresh injury blow with the news that Olivier Giroud will miss the game tomorrow after suffering a groin injury during our 3-1 win over Bournemouth at the weekend.

Giroud was seen holding his leg shortly after coming on as a second half substitute on Sunday but thankfully Wenger told Arsenal.com that the injury is only a ‘slight’ one so the striker shouldn’t be out for too long.

There was more positive news on Lucas Perez as the boss also revealed that the Spanish hitman will be back in the squad on Wednesday night after recovering from an ankle injury.

Perez sustained the problem during the 2-0 win over Reading in the last round five weeks ago but he returned to full training last Friday and is now pushing for a start against the Saints tomorrow night.

We’ll have to wait and see how long Mathieu Debuchy will be out for after the Frenchman’s latest comeback was cut short in less than 20 minutes after he limped out of the win over Bournemouth with a hamstring injury. 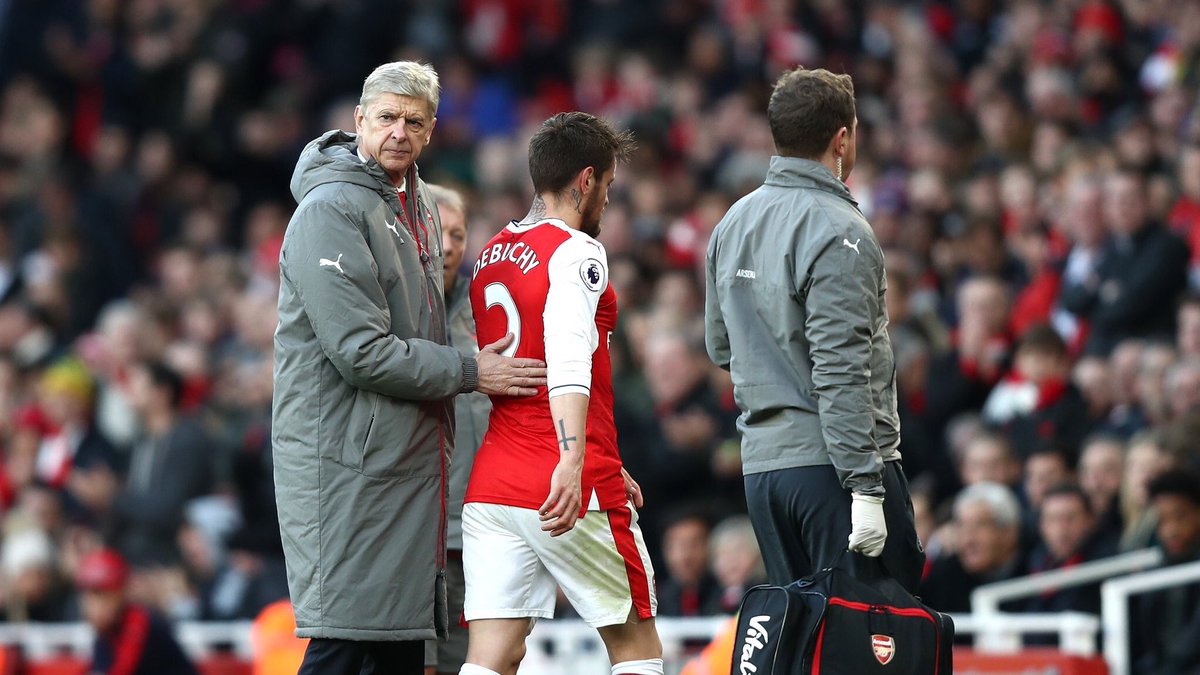 It was Debuchy’s first start in over a year as he’s been plagued by various injury problems but it looks like he’s now set for another spell on the sidelines with the full-back due to undergo a scan this afternoon.

“Mathieu has a scan today [Tuesday] but we don’t have the results yet,”

“Lucas is in the squad and will will have a mixture of youth and experience, but still 90 per cent of the first-team squad.”

It’s a cruel blow for Debuchy to be out injured again and comes at a time when Hector Bellerin is also on the sidelines so our options at right-back are going to be stretched over the coming weeks.

However, it’s great to have Perez available again and hopefully the Spaniard is ready to start up front tomorrow with Giroud out as Alexis Sanchez needs a well-earned rest.