Tottenham Hotspur will be looking to close in on the top four when they take on Swansea at White Hart Lane on Saturday afternoon.

Ahead of the game, Mauricio Pochettino has been speaking to the media at his pre-match press conference and he’s given reporters a team news and injury update.

The Argentinean coach has offered an update on the fitness of Toby Alderweireld after the centre-back stepped-up his recovery from a knee injury with double training sessions this week.

Alderweireld has been on the sidelines since damaging a nerve in his knee during Tottenham’s 1-1 draw with West Bromwich Albion at the Hawthorns back in mid-October.

The Belgian international was initially only expected to be out for a matter of days but the injury has proven far more serious than anyone at the North London the club anticipated.

The centre-back has missed Tottenham’s last nine matches in all competitions and it’s safe to say he’s been sorely missed as Pochettino’s side have won just one of those games.

The good news is that Alderweireld has come through this weeks training sessions but Pochettino says the centre-back is still not feeling 100% fit so a late decision will be made over his availability this weekend.

However, the Spurs boss is a little more concerned about Erik Lamela as the Argentinean international continues to struggle with a niggling hip injury that’s already kept him out for the last month. 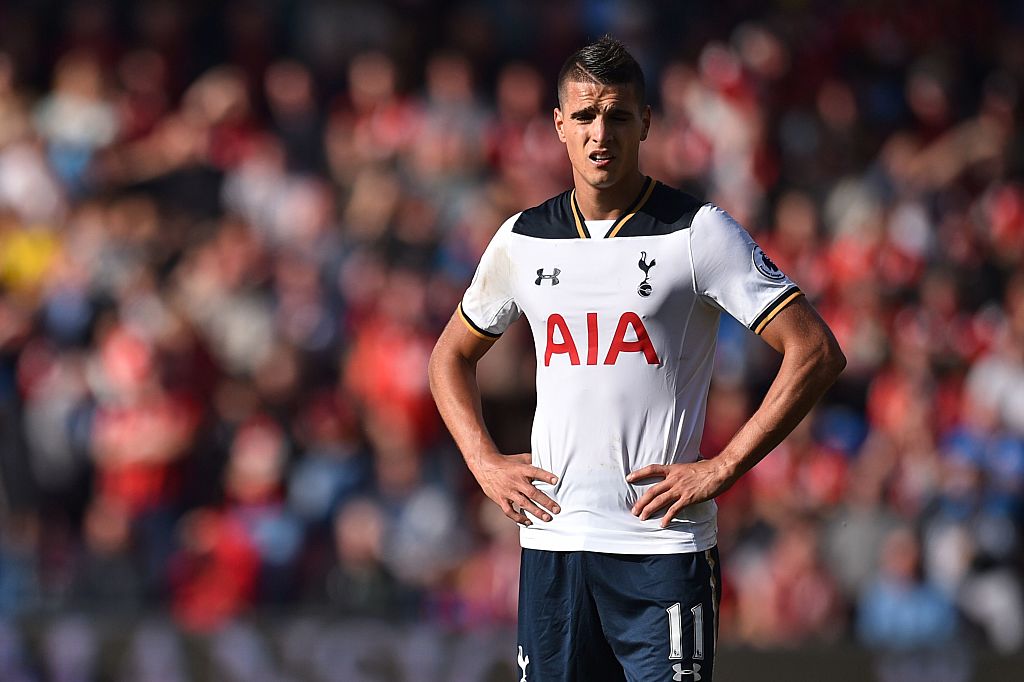 The problem was only meant to keep the attacker on the sidelines for a couple of weeks but Pochettino has admitted the injury isn’t healing as they had expected so Lamela is no closer to making his comeback.

The Tottenham boss is quoted as saying by Ham & High:

“Toby was involved during the week in the training sessions. We are very happy with his evolution but there’s still a small thing that we’re not sure about, and we need to assess tomorrow if he can be available.

“It’s the same problem that he got against West Bromwich. His evolution is very good. He’s now involved in all the training during the week but he still feels he is not 100 per cent. We will see tomorrow, we haven’t decided [if he will play] yet.”

“You know, it’s too difficult to explain [about Lamela] because I’m not a doctor but we’re a little bit worried about his situation because his evolution is not in the way we expect.”

It will be interesting to see how Spurs line-up this weekend if Alderweireld is back in the starting eleven as Pochettino has been experimenting with several different formations during his absence.

The Argentinean coach favoured a back four with Victor Wanyama or Eric Dier sitting just in front when Alderweireld was available but has tinkered with a back three in recent weeks so we’ll have to wait and see what system he goes for against the Swans if the defender returns to action.