Arsenal take on Basel at St. Jakob-Park on Tuesday night. Here is the side I think Arsene Wenger will select for the game:

Arsenal will be looking to secure the win we need to stand any chance of finishing top of our Champions League group when we take on Basel at St. Jakob-Park on Tuesday night.

Goalkeeper: David Ospina has been our Champions League goalkeeper so far this season and I don’t see any for that to change tomorrow so expect the Colombian to come in for Petr Cech between the sticks.

Defence: Hector Bellerin is back in light training after recovering from an ankle injury but he’s still not ready to return so with Mathieu Debuchy out until the New Year with a hamstring injury, we still have a problem at right back.

Gabriel deputised against West Ham and did well so I think Wenger might protect him and recall Carl Jenkinson after taking the 24-year-old out of the firing line following his poor display against Southampton last week.

I expect Shkodran Mustafi and Laurent Koscielny to continue alongside each other in the middle of defence but Kieran Gibbs could come in for Nacho Monreal at left-back.

Midfield: Granit Xhaka was brought back in against the Hammers and was excellent in the middle of the park so I think we’ll see him keep his place and start against his former club.

Francis Coquelin was Xhaka’s partner at the weekend but he’s suspended for this game so we should see Mohamed Elneny recalled to the starting eleven after he recovered from the sickness that forced him off against Southampton. Santi Cazorla won’t be back until around February after undergoing surgery on an Achilles injury.

Attack: Wenger has taken a full strength squad with him to Switzerland and he hinted at his press conference earlier this evening that he’ll resist the temptation to give Alexis Sanchez a break following his superb hat-trick at the weekend.

Olivier Giroud is back in the squad after recovering from an ankle injury but the Frenchman may have to make do with a place on the bench while Mesut Ozil is likely to start in attack.

Aaron Ramsey is expected to come in to the side and he may be deployed on the right wing with Theo Walcott dropping out while Alex Oxlade-Chamberlain could keep his place after a superb display against West Ham in the second half. 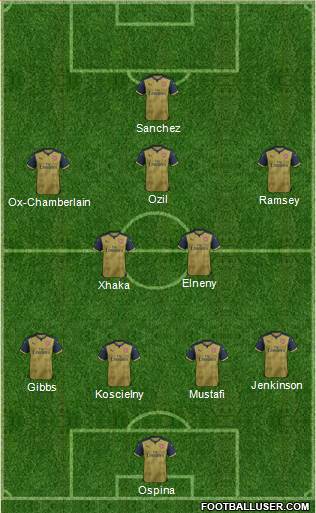 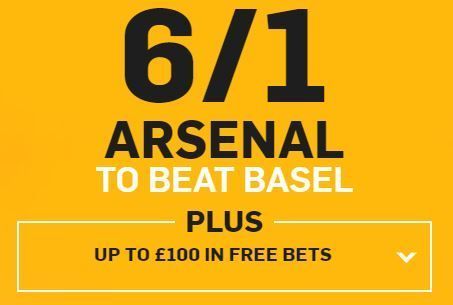