Manchester United will be looking to close in on the top four in the Premier League table when they take on Tottenham at Old Trafford on Sunday afternoon.

The Red Devils missed the chance to cut the gap on those above them after throwing away two valuable points at Everton last weekend when Marouane Fellaini gave away a late penalty to gift the hosts a 1-1 draw at Goodison Park.

That result means United have drawn their last three league games which leaves them sitting sixth in the Premier League table and nine points off of fourth-placed Manchester City so Jose Mourinho will be desperate to get back to winning ways tomorrow.

However, that won’t be an easy task as Tottenham have proven to be extremely difficult to beat in the league this season with the north Londoners losing just one of their first 14 games so far.

Mauricio Pochettino’s men thrashed Swansea 5-0 at White Hart Lane last weekend so they’ll be hoping to build on that performance by coming away with a positive result from Old Trafford and close the gap on the top four.

United warmed up for the game with a 2-0 victory over Zorya Luhansk in the Europa League on Thursday night while Spurs came from behind to beat CSKA Moscow 3-1 in their final Champions League group game on Wednesday.

United will continue to be without the services of Chris Smalling as he’s still nursing a broken toe while Luke Shaw has once again been ruled out with an injury that’s kept him out of the past three games.

Michael Carrick is expected to get a recall in midfield after he was rested for the midweek trip to Ukraine while Antonio Valencia and Matteo Darmian are also pushing for recalls.

David De Gea, Phil Jones and Anthony Martial are all expected to come back in to the side after being rested on Thursday.

Tottenham have been boosted by the return to fitness of Toby Alderweireld with the centre-back set to make his first start in over two months after making a successful substitute appearance in midweek.

However, Erik Lamela remains sidelined with a hip injury while he’s also back in Argentina due to personal reasons and Vincent Janssen has been ruled out with an ankle problem.

Ben Davies does return to the squad after recovering from injury but Danny Rose should retain his place at left-back. 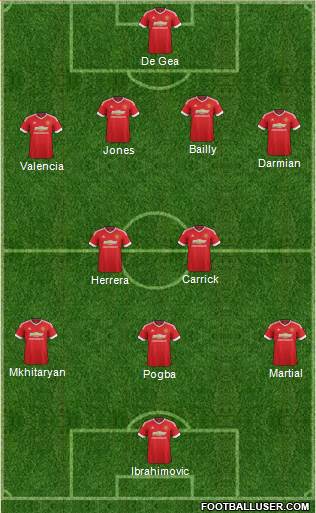 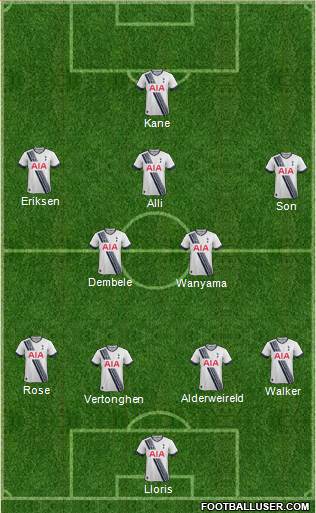 Man Utd 1-1 Tottenham: United have been extremely poor at home this season with the Red Devils drawing their last four games at Old Trafford and I expect Spurs to put up a real fight this weekend. But Pochettino’s men have also been drawing too many games this campaign so I think we might see a cagey 1-1 draw.

Betting on football is never easy as it’s such an unpredictable game but you can bet on Manchester United risk free by taking advantage of special offers and bonuses that are widely available at sports betting companies on the internet. United are the 6/5 favourites to win today but I think Spurs will get something from the game. Here are some bets I like the look of: