Chelsea take on Bournemouth at Stamford Bridge on Boxing Day. Here is a preview with team news, line-ups, betting tips and predicted score.

Chelsea will be looking to cement their position at the top of the Premier League table when they entertain AFC Bournemouth at Stamford Bridge on Boxing Day.

The Blues have been on a sensational run since losing to Arsenal in late September with Antonio Conte’s side beating Crystal Palace 1-0 at Selhurst Park last week to make it 11 league victories in a row.

That run has seen Chelsea open up a six point lead at the top of the table and no side has ever failed to lift the title having been six clear at Christmas so the signs are looking good for the west Londoners.

Another win tomorrow would cement Chelsea’s position at the top and pile the pressure on second-placed Liverpool ahead of their clash with Stoke City at Anfield on Tuesday night.

However, Conte will know they face a dangerous Bournemouth side that have beaten both Liverpool and Leicester already this month but Eddie Howe will be looking for a response from his players after they slumped to a 3-1 defeat to Southampton last time out.

Chelsea will have to make do without top scorer Diego Costa as the 13-goal striker will serve a one-game suspension after picking up his fifth booking of the season against Palace last week.

Michy Batshuayi is the man most likely to come in up front and the Belgian youngster will be looking to impress on a rare start.

John Terry is still not fit as he continues to recover from a buttock injury while Kurt Zouma will be hoping to get some game time after recovering from a serious knee injury.

Bournemouth will be without defender Nathan Ake as he’s not eligible to face his parent club but midfielders Junior Stanislas and Andrew Surman are back in contention. 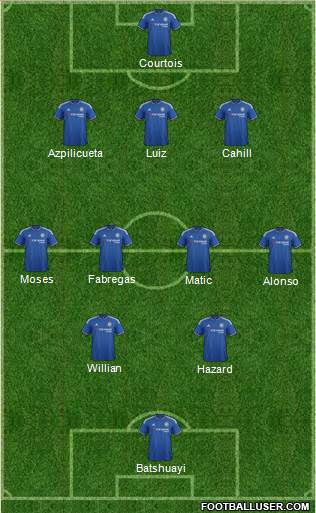 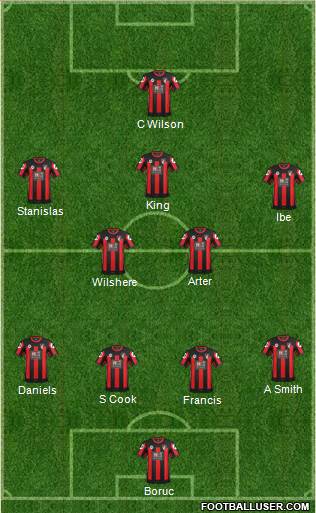 Chelsea 2-1 Bournemouth: The Blues will certainly miss Costa and Kante as they’ve arguably been their most influential players so far this season. Bournemouth have been frustratingly inconsistent this season and although I do think they’ll give Chelsea a tough game tomorrow, the West Londoners should have too much in the end.

Chelsea are the 2/5 favourites to win the game but here are some other bets I like the look of:

What do you think the final score will be? Will Chelsea extend their winning run?