Liverpool take on Stoke at Anfield on Tuesday night. Here is a preview with team news, line-ups, betting tips and predicted score.

Liverpool will look to keep pace with Premier League leaders Chelsea when they welcome Stoke City to Anfield on Tuesday night.

The Reds head in to the game off the back of consecutive league victories with Sadio Mane netting an injury time winner at Everton last time out which followed a comfortable win at Middlesbrough the previous week.

However, despite those wins, the Merseysiders are now nine points adrift of Chelsea after the West Londoners beat Bournemouth this afternoon so Jurgen Klopp knows his side desperately need to beat Stoke tomorrow.

They should be confident of doing so as Liverpool are unbeaten in their last 15 games in all competitions at Anfield but the Potters will be looking to get back to winning ways having been held to frustrating draws with Leicester and Southampton in recent weeks.

Liverpool have been rocked ahead of the game following the news that Roberto Firmino was arrested on Christmas Eve for drink driving. The Brazilian international is free to play tomorrow night but Klopp must decided whether to take any disciplinary action against the player.

Joel Matip looks to be losing his race to be fit for the game after missing the win at Everton with a niggling ankle problem so Ragnar Klavan is expected to continue alongside Dejan Lovren at the back.

Daniel Sturridge could get a recall up front after making a real impact off the bench at Goodison Park but Philippe Coutinho is still out with an ankle ligament injury.

Stoke will once again be without Marko Arnautovic as he serves the second of his three-game suspension while Phil Bardsley, Geoff Cameron and Jack Butland all remain on the sidelines.

However, Ibrahim Afellay is set to make his long-awaited return to the squad after recovering from a knee ligament injury. 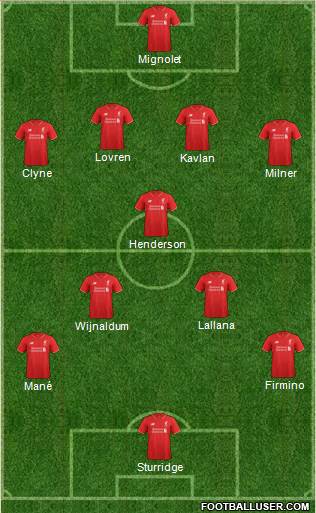 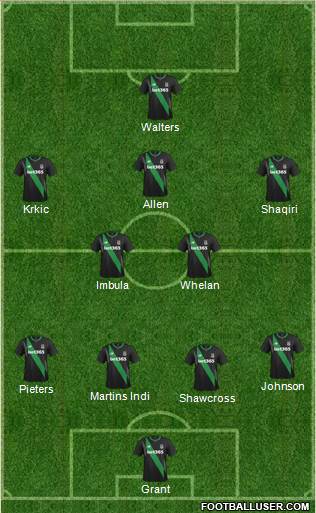 Liverpool 2-1 Stoke: The Reds are starting to make Anfield a fortress again under Klopp but Stoke have the potential to cause them a few problems at the back. A lot may depend on whether Klopp decides to bench Firmino following his drink driving charge but even if they are without the Brazilian, I still think Liverpool will have enough to collect the three points.

Liverpool are the 3/10 favourites to win the game but here are some other bets I like the look of:

What team would you play for the game? What’s your predicted score?