Chelsea appear to have been handed a major injury boost after Marcos Alonso was able to take part in training yesterday ahead of Wednesday night’s crucial showdown with Tottenham Hotspur.

Alonso was considered as a doubt for the trip to White Hart Lane after requiring treatment on an ankle injury following Saturday’s 4-2 win over Stoke City at Stamford Bridge.

However, the Spaniard looks set to make a swift recovery and is expected to feature against Spurs after Alonso was snapped taking part in full training at Cobham on Monday afternoon.

The news will come as a huge boost to Antonio Conte as the full-back has established himself as a important first team player since arriving from Fiorentina in the summer with the 26-year-old starting every game since the switch to a 3-4-3 formation in early October.

Chelsea make the short trip across London looking for a win that would see them open up an eight point lead over second-placed Liverpool but defeat would allow Spurs to move within seven points and blow the title race wide open.

Here are more photos from yesterday’s Chelsea training session courtesy of the Express: 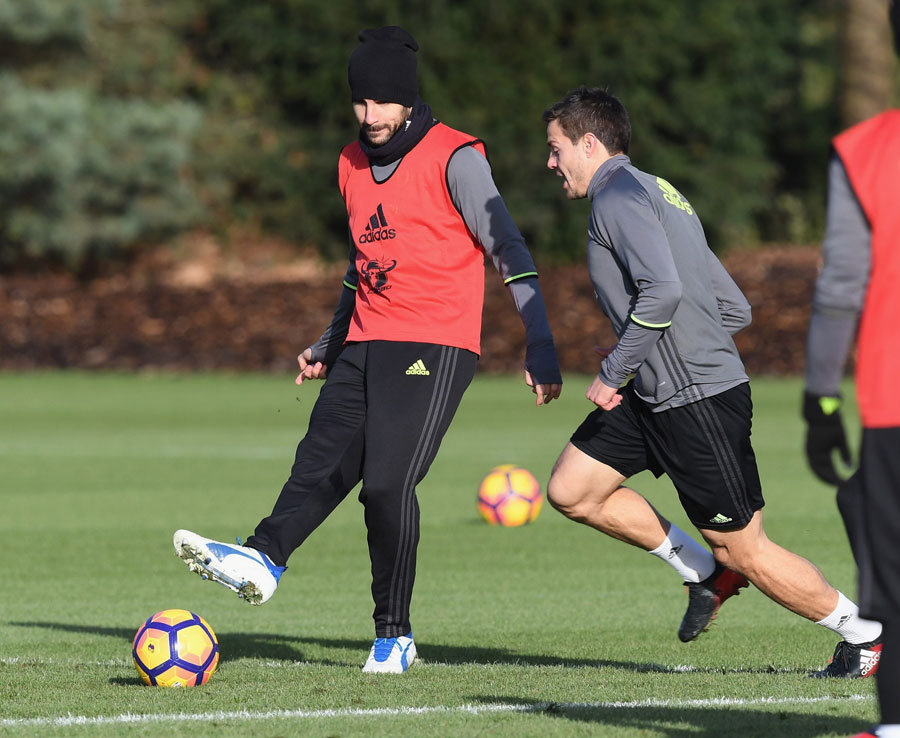 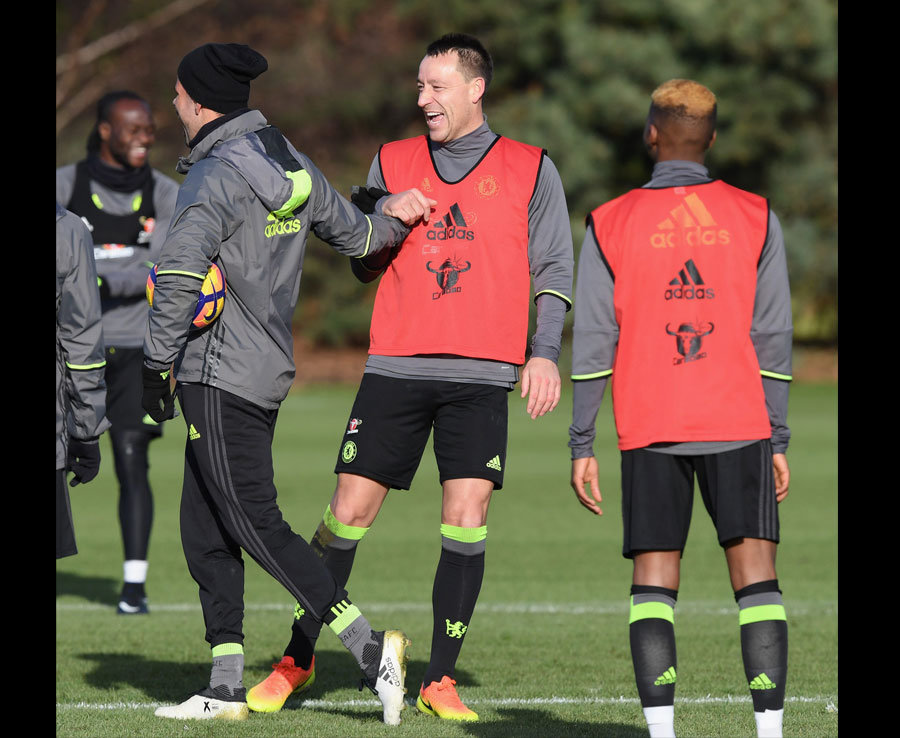