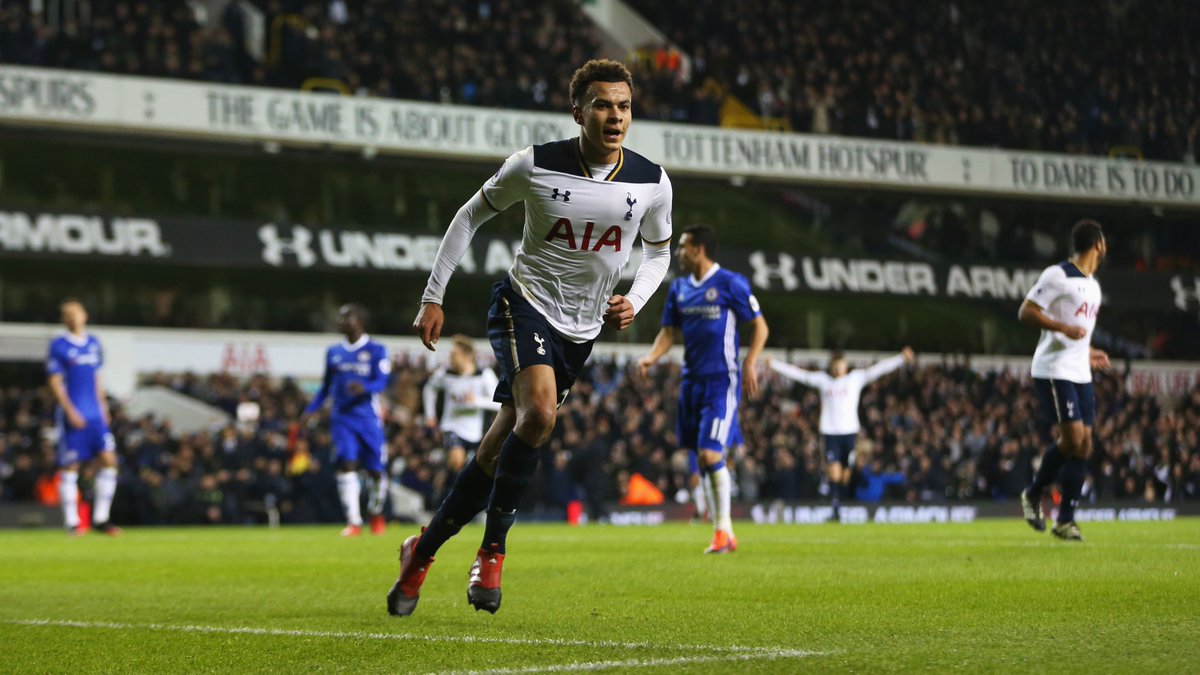 Some of the Tottenham players have been celebrating on social media after they ended Chelsea’s 13-game winning streak with a 2-0 victory at White Hart Lane last night.

Dele Alli continued his superb recent form in front of goal after opening the scoring with a well placed header from a Christian Eriksen cross in first half stoppage time.

The two combined once again shortly after the break with Alli heading home from a tight angle following another Eriksen cross to secure a crucial 2-0 win for Mauricio Pochettino’s men.

The result breathed new life in to the Premier League title race as it means Chelsea are now just five points clear of Liverpool while Tottenham climb to third and to within seven points of the leaders.

After such an important win, it’s no surprise that many of the Spurs players have taken to Twitter to express their delight at the result with Harry Kane, Jan Vertonghen, Mousa Dembele, Toby Alderweireld, Victor Wanyama and Kyle Walker all posting messages and photos to Twitter.

Check out what the players have been saying on social media below:

What a night #COYS pic.twitter.com/EgE2Fn5jKb

Great Team performance and massive thank you to the fans for their support #COYS pic.twitter.com/V7mHUhbXrL