Mesut Ozil has offered an important update on his future at Arsenal after the playmaker opened up about his contract situation. See what he’s been saying

Mesut Ozil has confirmed that he’s ready to sign a new contract with Arsenal but has suggested he wants to know that Arsene Wenger will also be staying before he puts pen to paper, according to quotes in the Guardian.

Ozil is in the final 18 months of his contract and the club have been working hard trying to get him to sign an extension with his current deal due to expire in the summer of 2018.

Many media outlets have suggested in recent months that Arsenal have been struggling to match Ozil’s wage demands – which some claim is in excess of £250,000-a-week – while there is also the assumption that the playmaker is stalling on penning a new deal until we prove we’ll challenge for major honours.

Ozil appears to have dispelled both those myths after being quoted by the Guardian as telling Germna outlet Kicker that he’s happy at Arsenal and has told the club he is ready to sign a new contract.

However, there seems to be one very important caveat as the 28-year-old went on to suggest that his future is linked with Arsene Wenger’s as he’s keen to know if the Frenchman will be extending his own contract before committing his future to the Emirates.

Ozil is quoted as saying by the Guardian:

“I am very, very happy at Arsenal and have let the club know that I would be ready to sign a new contract. The fans want that I stay and now it is just down to the club.”

Wenger’s contract runs out in June 2017 and he’s given little away about whether he’ll be extending his 21-year stay in north London but it looks as though we could lose Ozil if Arsene decides to call it a day. 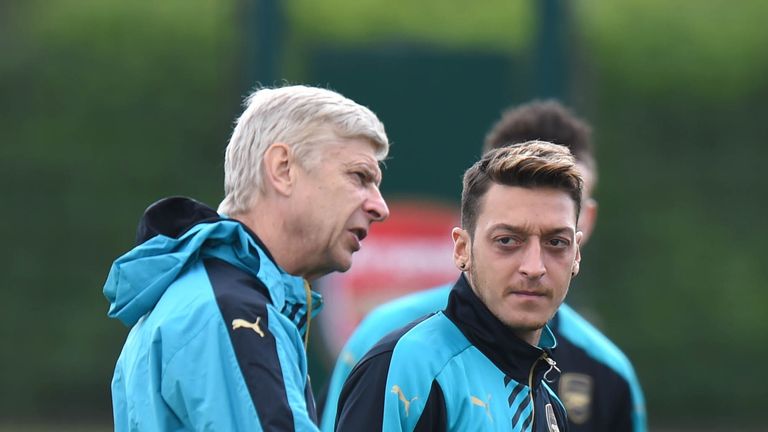 I don’t expect Wenger to decide on his future until towards the end of the season so the chances are we’re going to have to wait until the summer before resolving Ozil’s contract situation.

It looks like if Arsene signs a new deal then Mesut will too. If Wenger walks, then we’ll have to pray that Ozil get’s on with the new manager or is convinced to pen an extension by whoever takes over from the Frenchman.