A defender has been snapped posing with Arsene Wenger after completing a ‘dream’ move to Arsenal. See all the details here.

Managers are now making moves to try and strengthen their squads during the January transfer window so we’ll bring you all the latest gossip from around the globe. Today, Arsenal sign Cohen Bramall…. 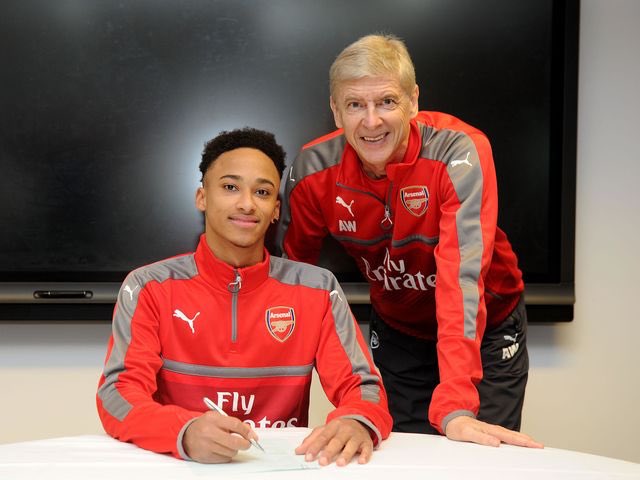 Cohen Bramall has been pictured smiling from ear-to-ear with Arsene Wenger after completing a dream move to Arsenal from Hednesford Town today.

The 20-year-old emerged as a serious target after being handed a two-day trial with the club last month having been spotted by chief scout Brian McDermott.

Bramall took his opportunity with both hands and impressed Wenger enough to earn a two-and-a-half year contract which has now been signed, much to the delight of the young defender.

The club announced on Arsenal.com this afternoon that Bramall has become our first signing of the January transfer window and will now join up with Steve Gatting’s Under-23 squad for the rest of the season.

Bramall moved to Hednesford from Market Drayton last summer and while he joined the club as a left-wing he was soon converted to left-back where he’s been catching the eye with some impressive displays this campaign.

Arsenal haven’t disclosed the fee but the Mirror claim that we’ve paid Hednesford £40,000 for his services and the youngster has described it as ‘incredible’ to have sealed what is a ‘dream’ move for the player.

Bramall also recalled the moment his mouth dropped when he was told by his agent that Arsenal had come calling and described it as ‘mental’ to be playing with players like Alexis Sanchez and Mesut Ozil.

Cohen, welcome to Arsenal. How does it feel to be an Arsenal player?

What was your initial reaction when you were told that Arsenal were interested in signing you?

What can you tell us about your first meeting with Arsène Wenger?

I met him on the pitch, and he’s a top, top guy. There was chemistry there straight away. I think he’s a great guy and hopefully I can impress him.

Tell us a bit about those two training sessions – what was it like going from playing to Hednesford to being on the same training pitch as Mesut Ozil and Alexis?

It’s mental because you’re there watching Match of the Day and then the next minute you’re there on the same pitch as Alexis, Ozil, Giroud and Petr Cech. It still hasn’t hit me now and I don’t know when it will hit me. But like I say, I know I’ve got to take the opportunity.

It’s great to see Arsenal dipping in to non-league football to try and unearth talent and it’s nice that a young lad like Cohen has been given an opportunity to make it at a huge club like Arsenal having been working in a factory just weeks ago.

He’s been likened to Ashley Cole so he’s certainly got some big boots to fill but hopefully Bramall can impress with the under-23’s this season and really start to push for a place in the first team over the coming years. 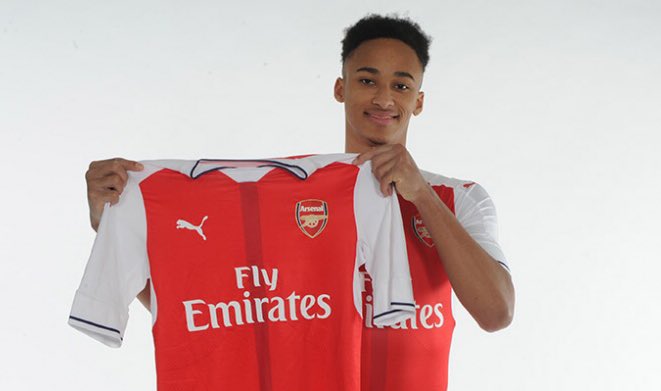