Jose Mourinho has offered an update on the fitness of Zlatan Ibrahimovic and Marcos Rojo ahead of Manchester United’s clash with Liverpool on Sunday afternoon.

Jose Mourinho has offered an update on the fitness of Zlatan Ibrahimovic and Marcos Rojo ahead of Manchester United’s huge clash with Liverpool at Old Trafford on Sunday afternoon.

However, the Swedish super-star was a surprise absentee when the teams were announced with Mourinho revealing shortly before kick-off that Ibrahimovic was suffering from illness.

Fans were left speculating as to whether the 35-year-old would recover in time for Sunday’s crucial showdown with Liverpool at Old Trafford but Mourinho has now confirmed that Ibrahimovic should be fit to face Jurgen Klopp’s side.

“Zlatan is ill so I think no problem, I think he will be fine.”

The news will come as a welcome relief to United as Ibrahimovic has proven to be an excellent addition since joining the club on a free transfer last summer having scored 18 goals in his 28 appearances in all competitions so far. 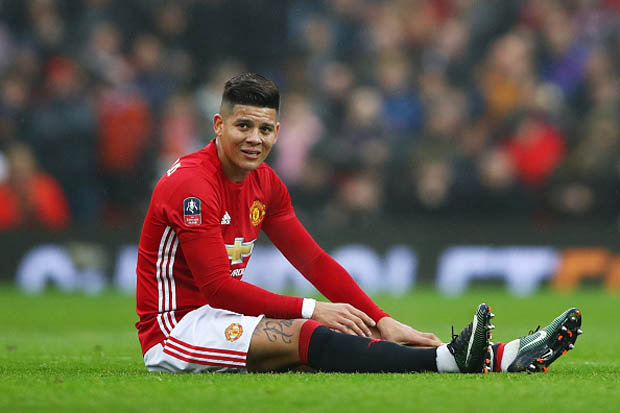 While Ibrahimovic looks set to take on Liverpool this coming weekend there is less certainty over the availability of Marcos Rojo as Mourinho has confirmed the Argentinean international remains a doubt for the game.

Rojo missed the win over Hull last night after picking up a muscle injury during the Reading game and while Mourinho says the problem isn’t a serious one, the centre-back is still a doubt to face their north-west rivals on Sunday.

“I don’t know [if Rojo will be fit]. Marcos has a muscular problem, not big. I’m not saying he’s not ready to play, I’m saying that I have my doubts.”

United will be hoping Rojo recovers in time for this weekend as with Eric Bailly away at the Africa Cup of Nations, they have limited options in the middle of defence if the south American is ruled out.

Chris Smalling partnered Phil Jones during the 2-0 win over Hull on Tuesday night and the England duo will continue their partnership against Liverpool if Rojo fails to prove his fitness.

United welcome the Merseysiders to Old Trafford on Sunday off the back of a nine-match winning streak and they can close to within just two points of Klopp’s side if they extend that run to ten games this weekend.