Arsenal have announced that three important first team players have all signed new contracts. Watch a video of the trio penning their new deals. 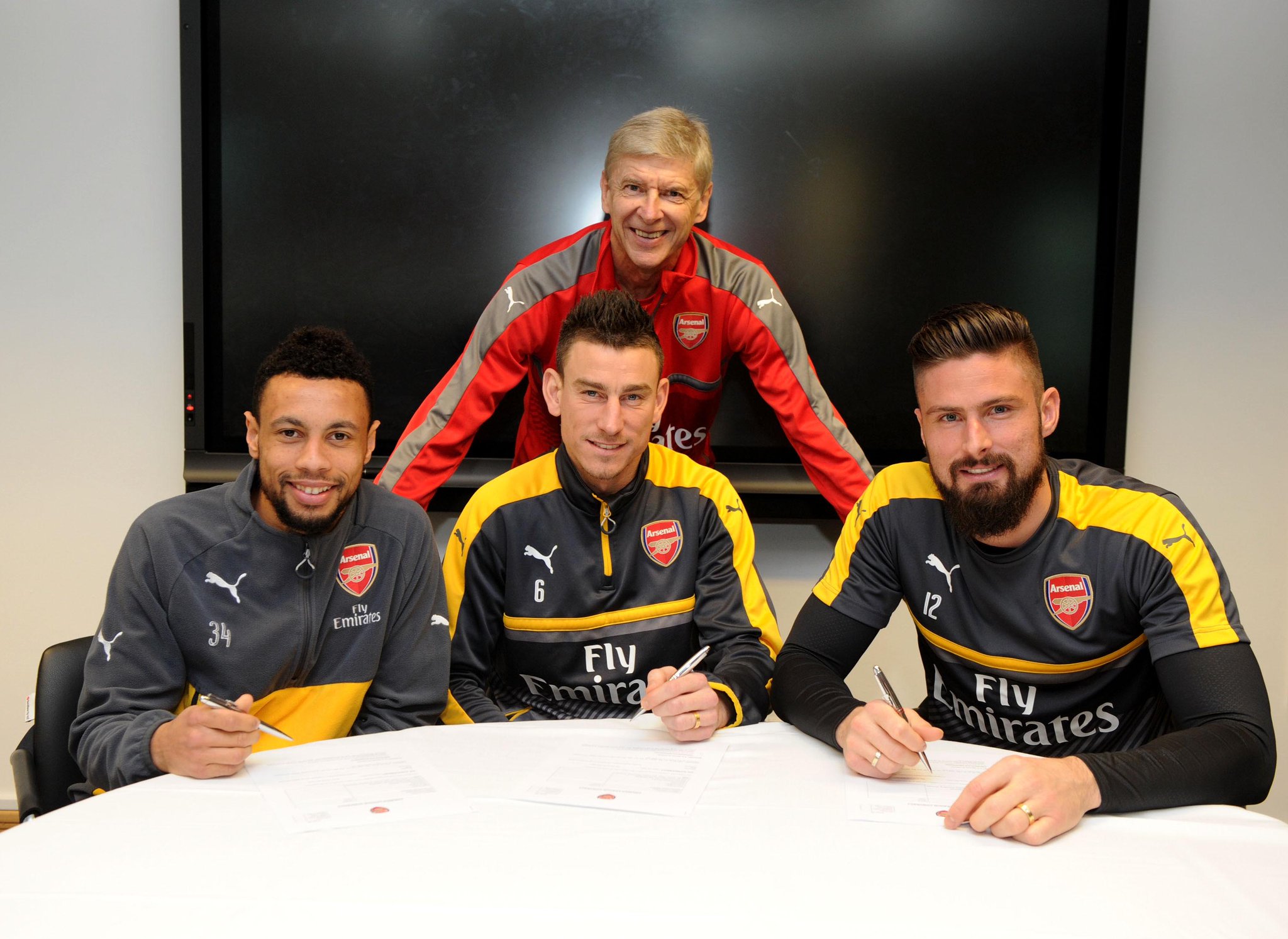 Arsenal have been handed a major triple boost after the club announced on Arsenal.com that Laurent Koscielny, Olivier Giroud and Francis Coquelin have all signed new long-term contracts.

Koscielny has undoubtedly become one of the best centre-backs in Europe over the past few years and he’s now an integral part of Arsene Wenger’s starting eleven having captained the side on numerous occasions this season.

The 31-year-old has made 273 appearances for the club since joining from Lorient in 2010 and he’s now set to see out the rest of his prime years at Arsenal after signing a new long-term contract extension.

Coquelin has been with the club since 2008 but he’s only managed to force his way in to Wenger’s first team plans over the past few years and the Frenchman has now become an important part of the first team set-up.

The 25-year-old has racked up 131 appearances so far and has played more games than any other central midfielder this season so it’s great to hear that Coquelin has also put pen to paper on a new deal.

Giroud is perhaps the only player of the three who’s future at Arsenal has been in doubt with speculation linking him with a move this summer after he lost his first team place up front to Alexis Sanchez.

The 30-year-old’s contract was due to expire in 2018 and many assumed he wouldn’t renew but a return to form in recent weeks has rejuvenated Giroud’s campaign and it appears he’s been given assurances over his place in the team as he too has now signed a new long-term contract.

“We are very pleased that three important members of our team have committed to us for the long term. Francis has made tremendous technical strides over the past few years because he’s so focused every day.

“Olivier has big experience in the game now and has become a more and more complete player since joining us. Laurent is of course a key part of our squad and I believe one of the best defenders in the world today. So overall, this is great news for us.”

It’s superb news that Koscielny and Coquelin have signed new deals but I must say I’m a little surprised by Giroud as I was expecting him to seek a move at the end of the season.

However, I’m actually very pleased he has decided to stay as I think the French international is an undervalued member of the squad. He may not be a Thierry Henry or a Dennis Bergkamp, but Giroud is still a top class striker who’s scored 91 goals and provided 39 assists in his 206 appearances since joining the club.

Sanchez should now be our first choice striker but Giroud is an excellent weapon to have available from the bench so I’m glad to see him commit his future to the club.

Here is a video of our three French boys signing their new deals: