Arsenal take on Swansea at the Liberty Stadium on Saturday afternoon. Here is a preview with team news, line-ups, betting tips and predicted score.

Arsenal will be looking to climb back in to the top four with a win when we take on Swansea City at the Liberty Stadium on Saturday afternoon.

We head in to the game after coming from behind to beat Preston North End in the third round of the FA Cup last weekend with Olivier Giroud scoring late on to spare our blushes.

Arsene Wenger’s side also staged a dramatic comeback in our last Premier League game having battled back from 3-0 down to salvage a 3-3 draw at Bournemouth with three goals in the final 20 minutes ensuring we went home with a point.

The result saw us drop down to fifth in the table but we could go level on points with second-placed Liverpool with a win tomorrow ahead of their trip to Manchester United on Sunday so we can’t let this opportunity slip.

Swansea have endured a difficult campaign but ended a four-match losing streak with victory at Crystal Palace in their last league game and new boss Paul Clement will be hoping to get off to a positive start in his first home game at the Liberty tomorrow.

Mesut Ozil is back in contention after recovering from illness which has kept him out of our last three games and the German international is expected to come straight back in to the starting eleven.

Arsene is set to recall a number of first team players with Laurent Koscielny, Petr Cech and Alexis Sanchez among those expected to start after being rested last weekend.

However, Hector Bellerin will once again miss out after failing to recover from an ankle injury so Gabriel could start at right-back while Theo Walcott is also still out with a calf problem.

Kieran Gibbs is a doubt with a knee injury so he’s likely to miss the game along with Francis Coquelin, Santi Cazorla and Per Mertesacker while Mohamed Elneny is away at the Africa Cup of Nations.

Swansea will be without new signing Luciano Narsingh as he’s nursing a calf injury while Neil Taylor has been ruled out with a fractured cheekbone.

Lukasz Fabianski, Alfie Mawson, Wayne Routledge and Fernando Llorente should all be recalled after being rested for the FA Cup loss at Hull. 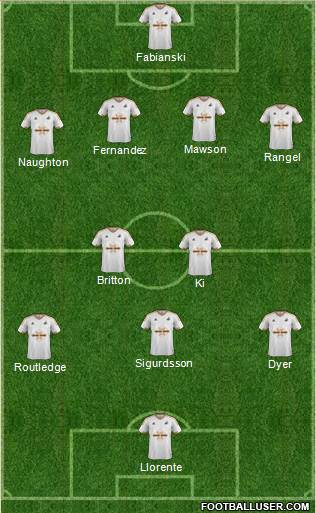 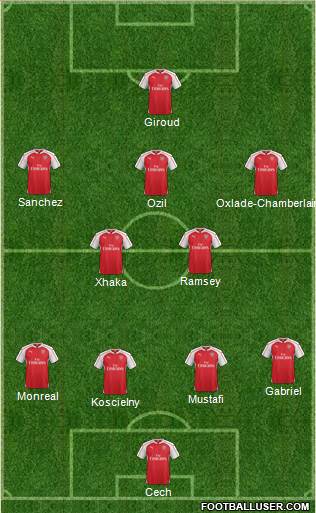 Swansea 1-2 Arsenal: We have a decent recent record at Swansea having won three of our last four visits to the Liberty and they head in to this weekend sitting second bottom in the table so I’m confident we’ll come away with all three points. However, it’s always difficult to predict results in the Premier League and that’s where Odinbet comes in….

Arsenal are the 1/2 favourites to win the game but if you want more value then I also like the look of backing us to win with the exact scoreline of 2-1 which is on offer at odds of 15/2. For even more value, why not throw in Olivier Giroud as first goal-scorer for odds of 18/1.