Chelsea take on Leicester City at the King Power on Saturday evening. Here is a preview with team news, line-ups, betting tips and predicted score.

Chelsea will be looking to get their Premier League title challenge back on track when they take on Leicester City at the King Power on Saturday afternoon.

The Blues saw their 13-game winning streak come to an end with a 2-0 loss at Tottenham last time out in the league so Antonio Conte will be desperate to get back to winning ways tomorrow.

The West Londoners remain five points clear at the summit and with second-placed Liverpool facing a tough trip to Manchester United on Sunday, Chelsea will not want to miss this opportunity to pile on the pressure by opening up an eight point gap.

However, the Blues have been rocked ahead of the game with the Daily Mail one of several newspapers reporting this evening that Diego Costa has been dropped from the squad following a furious row with Conte.

The report indicates that the pair had a bust-up over an apparent back injury amid claims that Costa’s agent is in China discussing a potential money-spinning move so it looks as though the striker may have had his head turned.

Chelsea are going to have to put that behind them for now and concentrate on getting all three points at the defending champions, who head in to the weekend sitting 15th in the table after a disappointing campaign so far.

With Costa out, Conte may opt to stick with Michy Batshuayi up front after he scored in the win over Peterborough last weekend while John Terry is suspended following his dismissal in the FA Cup.

Chelsea have no injury worries to content with but a number of players are set for recalls with the likes of Cesar Azpilicueta, David Luiz, N’Golo Kante, Victor Moses and Eden Hazard expected to start after being rested last time out.

As for Leicester, Wilfred Ndidi is expected to make his Premier League debut following his move from Genk but Leonardo Ulloa is out with a muscular problem.

Jamie Vardy is available after shaking off a minor knock but Riyad Mahrez, Islam Slimani and Daniel Amartey are at the Africa Cup of Nations. 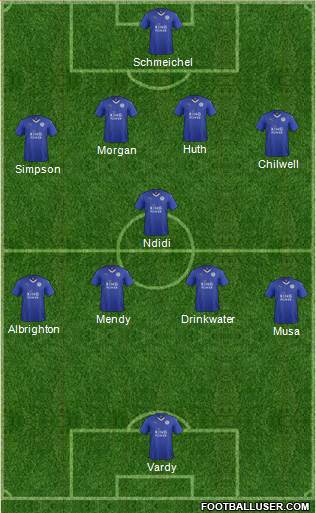 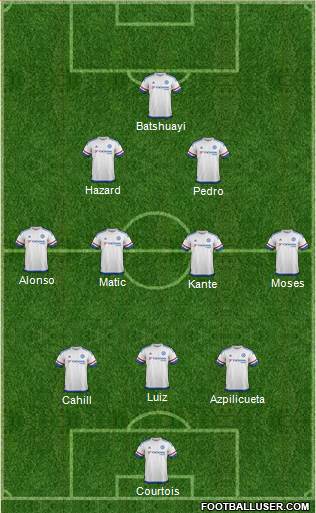 Leicester 1-2 Chelsea: It’s going to be interesting to see how Chelsea cope without Costa and fans will be praying that the striker can resolve his differences with the club asap. However, even without their top scorer, I still think the Blues will have too much for a Leicester side who look totally disinterested in the league and are only concerned with their Champions League campaign. Therefore, I’m backing Chelsea to win 2-1 tomorrow.

Chelsea are the 3/4 favourites but if you want even more value then why not back the Blues to win at our tip of 2-1 which is available at odds of 15/2. For even more value, throw in Eden Hazard as first scorer in a 2-1 Chelsea win for odds of 22/1.