Arsenal boss Arsene Wenger has confirmed that Santi Cazorla is facing another 10 weeks out after undergoing another operation on his Achilles.

Arsenal have been dealt a huge injury blow after Arsene Wenger confirmed that Santi Cazorla is facing another 10 weeks out after undergoing another operation on his Achilles.

Cazorla has been on the sidelines since aggravating a long-standing Achilles injury during our 6-0 win over Ludogorets in the group stages of the Champions League on October 19th.

The club were initially hopeful he’d recover quickly but the inflammation failed to subside and the midfielder was ruled out for at least two months following surgery in December.

However, the boss confirmed earlier this month that Cazorla had suffered a setback in his recovery and now Wenger has revealed that the 32-year-old has been forced to undergo another ‘minor’ procedure to get to the bottom of the latest problem.

The Gunners boss says that Santi is still 3-4 weeks away from being able to return to light training and it will take a further 6 weeks before he’ll be fit enough to play, meaning the Spanish international is facing another 10 weeks on the sidelines.

Wenger is quoted by ESPN as saying on Friday:

“He [Cazorla] had a little procedure, yes, but we have a meeting today with the medical people to see what it was,”

“Yeah, I hope [Cazorla will play again this season]. Because once you start to go out [running outside] you have to count six weeks’ preparation. At the moment he’s not at that level, so let’s hope he can come back in the next three or four weeks on the pitch.” 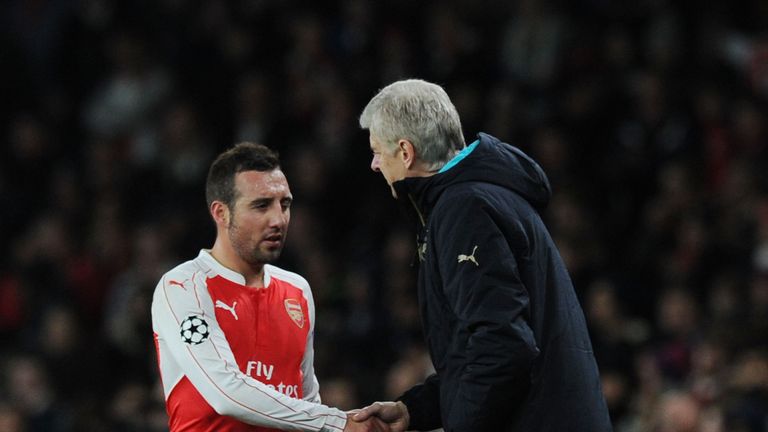 This news comes as a huge blow as Cazorla has been sorely missed over the past three months and his absence will continue to be felt while he remains on the sidelines for at least the next 10 weeks.

The fact Wenger is questioning whether the midfielder will even play again this season leads me to think that it’s probably safer for us to just write him off for this campaign. If Cazorla manages to return and play a few games, then it’s a bonus.