Agent: Man Utd & Chelsea Have Made Offers For £86m Winger – Not Griezmann

The agent of an £86m-rated winger has claimed that Manchester United and Chelsea have made offers for the player and are willing to pay his release clause.

Managers are now making moves to try and strengthen their squads during the January transfer window so we’ll bring you all the latest gossip from around the globe. Today, Manchester United and Chelsea are linked with Yannick Carrasco…. 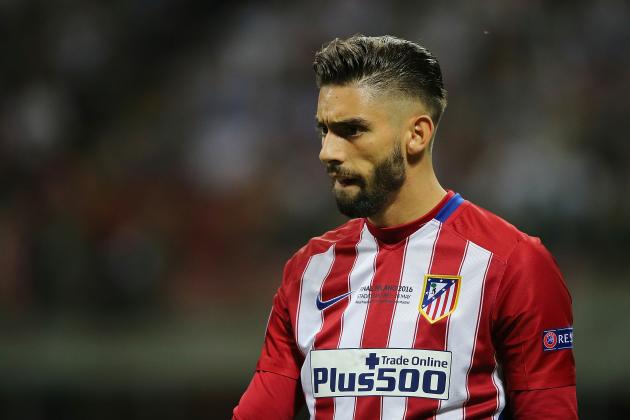 The agent of Yannick Carrasco has claimed that Manchester United and Chelsea have made offers for the £86m-rated Atletico Madrid winger, according to a report in the Express.

Carrasco has developed in to one of the most exciting attackers in Spain since moving to Atletico in the summer of 2015 from Monaco where he made his name during a five-year spell.

The 23-year-old is currently enjoying the most prolific campaign of his career having scored 10 goals in his 26 appearances so far and understandably his form is attracting interest from all across Europe.

It seems the winger has been offered the chance to come to the Premier League as the Express are citing a report coming from Spanish outlet Don Balon that claims Man Utd and Chelsea are among the clubs vying for Carrasco’s signature.

The newspaper says that the players agent, Christophe Henrotay, has already informed Atletico that the English duo have submitted offers for his client ahead of a potential summer deal.

Atletico protected their investment by including a £86m buyout clause in Carrasco’s contract, which was agreed last October and ties him to the Vicente Calderon until 2022.

However, the Express suggest that both United and Chelsea are willing to meet Carrasco’s £86m fee but they’ll face stiff competition from Bayern Munich and Juventus – who’ve also made their interest know.

No doubt the Spaniard’s would prefer to keep hold of the Belgian international but there isn’t much they can do to prevent him leaving if the likes of United and Chelsea are willing to meet his buyout fee.

Carrasco would be a superb signing for either club and the fact he can play anywhere across the front three attacking positions would make him a very useful player for Jose Mourinho or Antonio Conte to have at their disposal.

However, I personally think that sort of money is excessive for a player who’s more ‘potential’ that ‘proven talent’ and United and Chelsea would be better off spending their £86m more wisely.

But it would be great business for Atletico and it could end up being a summer of rebuilding for Diego Simeone as Antoine Griezmann is also being strongly tipped to leave at the end of the season and the Frenchman could even join Carrasco in the Premier League.